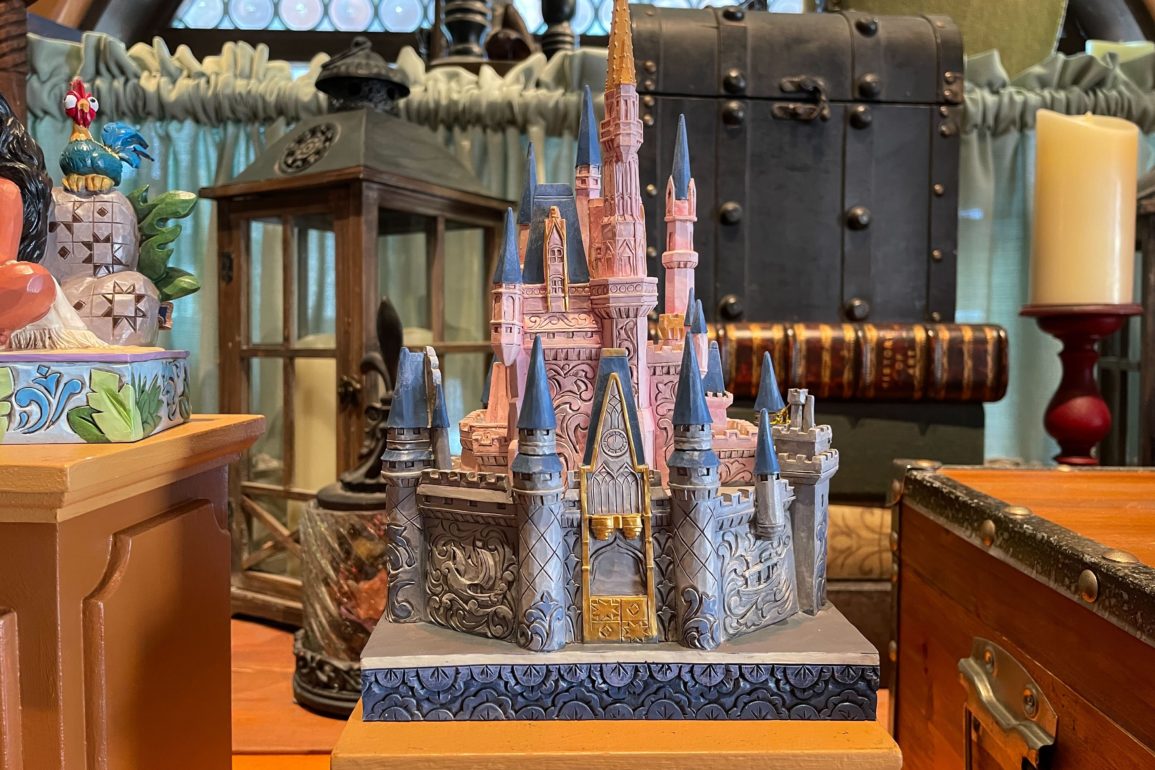 The latest addition to the many, many pieces of merchandise celebrating Walt Disney World’s 50th anniversary has arrived, and it’s got plenty of nostalgic surprises!

This statue by Jim Shore features Cinderella Castle in the pink and blue color scheme that was painted for Walt Disney World’s 50th anniversary.

But as is typical with Shore’s work, when you get up close, there’s a lot of beautiful details.

Ornate leaves are patterned from the castle all the way down to the base.

The bottom of the castle holds the best surprises, featuring nods to classic Magic Kingdom attractions, including the clock face from “it’s a small world” and a horse from Prince Charming Regal Carrousel.

The back of the castle features a rendering of the Partners statue of Walt Disney and Mickey Mouse.

Space Mountain and a teacup from Mad Tea Party are found on the other end.

Coming around to the front, we find Captain Hook’s ship, The Jolly Roger, which can be seen in Peter Pan’s Flight.

And finally, Adventureland is represented with a boat from the Jungle Cruise.

The sculpture retails for $175.00. We found it at Bonjour! Village Gifts in the Magic Kingdom.