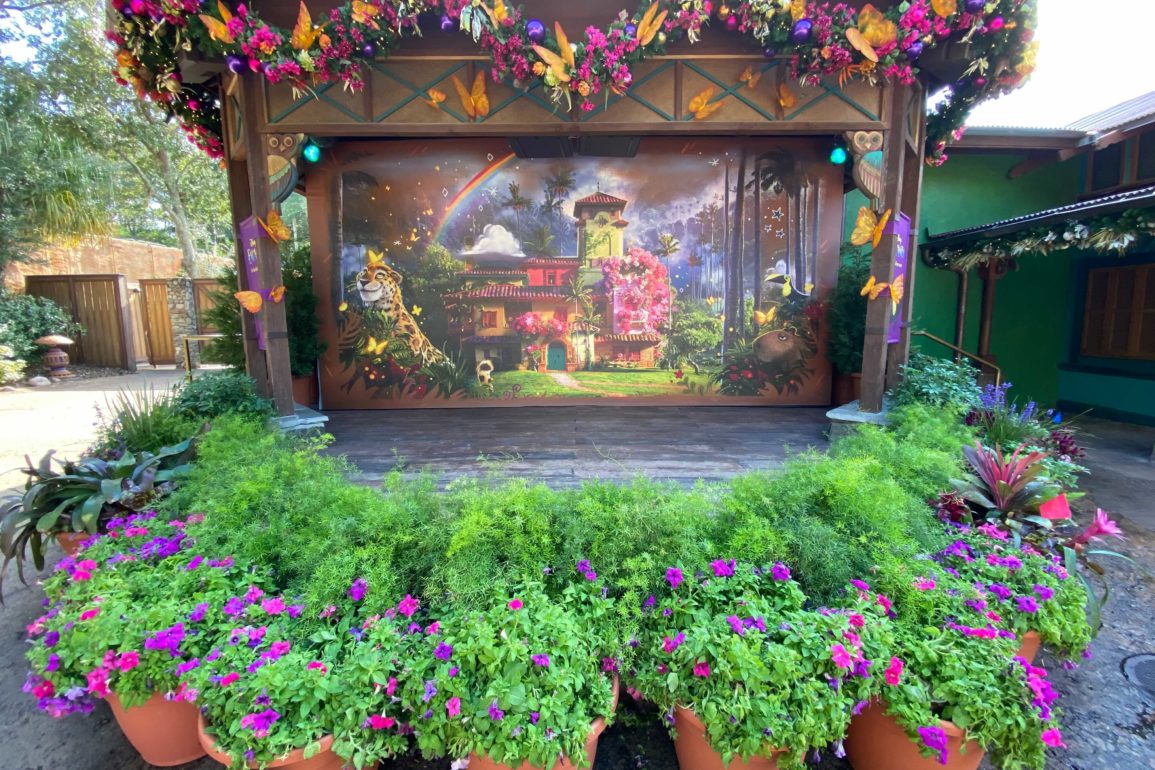 A mural featuring the latest film from Walt Disney Animation Studios, “Encanto,” has been added to the Discovery Island Stage at Disney’s Animal Kingdom.

The stage is not accessible to guests, with many planters creating a barricade.

The mural looks like it could have been a background for a photo op, but the barricade defeats the purpose.

The Casa Madrigal is the focus of the mural.

The holiday garland around the stage has colorful bulbs, flora, and butterflies that match the mural.

Some of Antonio’s animal friends from the movie can be seen, including a jaguar, capybara, and toucan.

Have you seen “Encanto?” Let us know what you thought in the comments.