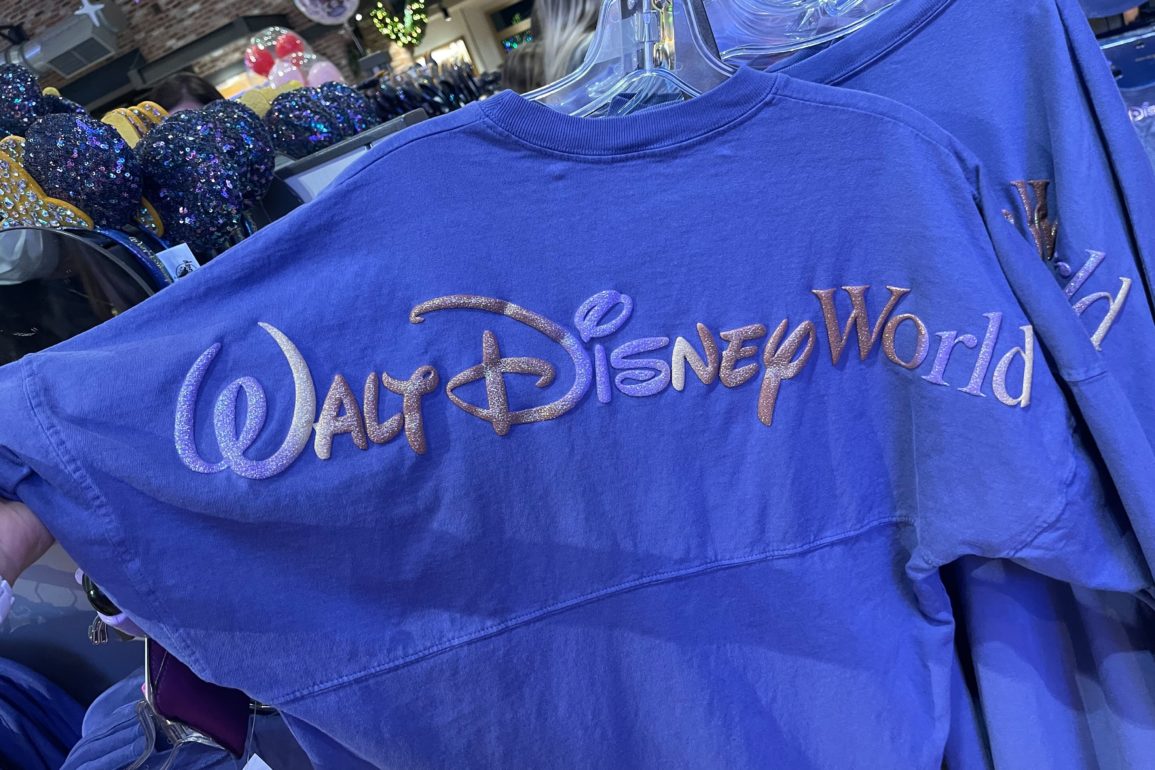 There is a new glitter version of the 50th Anniversary Walt Disney World Spirit Jersey at World of Disney in Disney Springs.

When walking by this Spirit Jersey, you might not realize that it’s new as it looks pretty similar to another 50th anniversary Spirit Jersey pictured below.

This jersey is very similar in color, but the lettering is slightly different. This lettering was more EARidescent and reflective, whereas the new one has glitter instead.

Which jersey do you like better? Let us know below!

The production of Disney Spirit Jerseys has been somewhat odd lately. In case you missed it, read about how shopDisney delivered generic Spirit Jerseys instead of another version of the Walt Disney World 50th Anniversary Spirit Jersey that guests ordered.

Previous
Star Wars: Rise of the Resistance and Rock ‘n’ Roller Coaster Both Down at Disney’s Hollywood Studios