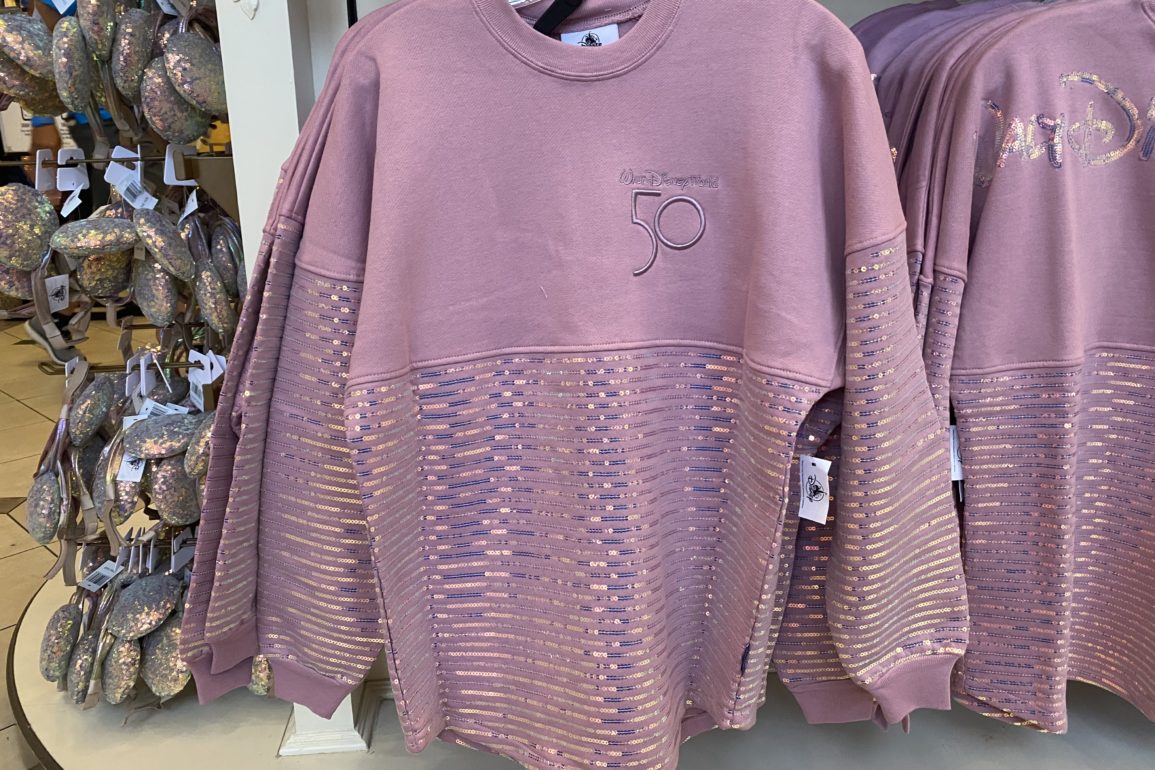 Merchandise for Walt Disney World’s 50th anniversary has been very popular on shopDisney, but it seems that customers didn’t quite get what they expected.

TikTok user mermaidfantasea reported that a friend of theirs recently purchased the pink sequined Spirit Jersey released just a few days ago.

When it arrived, they received a Spirit Jersey that was the same shade of pink and had the same sequins, but instead had Mickey Mouse on the chest instead of the 50th logo, as was released at the Disneyland Resort.

Additionally, the back of the Spirit Jersey had a generic Disney logo, instead of a Walt Disney World wordmark. When the person contacted shopDisney to notify them of the error, he was told that the SKU numbers were a match, and that he received the correct item. It’s currently unknown what actions have been taken since this video was posted, but as of the writing of this article, the item is still listed on shopDisney with the Walt Disney World and 50th logos.

Previous
VIDEO: Boba Fett Goes from Bounty Hunter to Crime Lord in New Promo for ‘The Book of Boba Fett’

Next
PHOTOS: New Retro Universal Studios Florida Coins Featuring Back to the Future, E.T., and More Debut at CityWalk