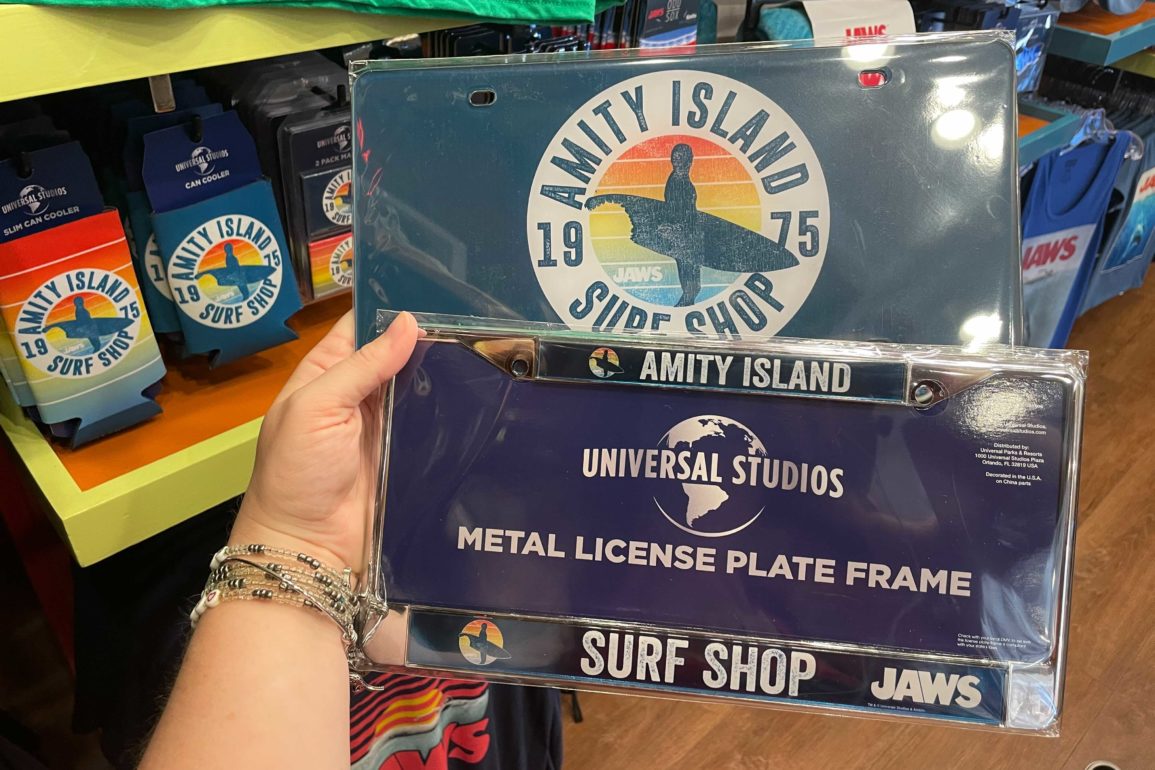 This license plate frame says “Amity Island” on top and “Surf Shop” on the bottom.

The surf shop logo featuring the silhouette of a surfer and their shark-bitten surfboard is in the corner.

The “Jaws” logo is in the other corner.

This license plate has the Amity Island Surf Shop logo large in the center.

The can cooler is blue with the same logo on the center.

All three of these items are available at The Film Vault in the New York area of Universal Studios Florida, so be sure to keep an eye out on your next visit. And let us know in the comments if you’ll be picking one of these up!