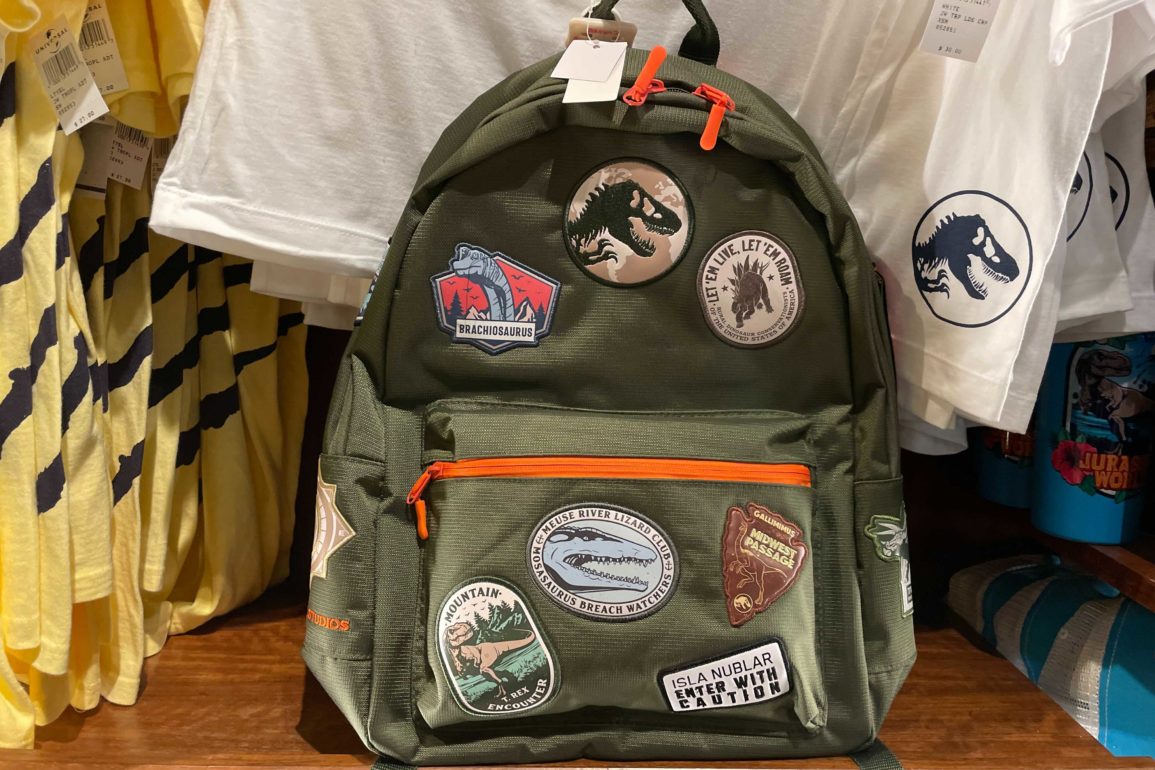 If you’ve been looking for something to carry your gear in for a day of dinosaur watching, a new offering at Universal’s Islands of Adventure has you covered.

This new backpack features plenty of patches to remind you of your visit to Jurassic World.

The Jurassic World wordmark appears on the straps, while the interior is a basic orange.

Now let’s get a look at all those cool patches!

If you’ve taken a spin on the Jurassic World VelociCoaster, then you can show off your status as a “raptor chaser.”

For a less intense activity, feel free to join the “Dinosaur Observation Committee,” which seems to have a specialty for Triceratops.

Have you spotted a T. Rex or a mosasaurus? These patches serve as a souvenir of your experience.

Be sure to check out the patch for the “Rural Dinosaur Conservationists of the United States of America.”

The backpack retails for $50.00, and can be found at Jurassic Outfitters. But you may need to hurry, as they’ve quickly been flying off the shelves faster than a Pteranodon! Luckily, Team Members have quickly been restocking it, but they seem to go just as quickly.