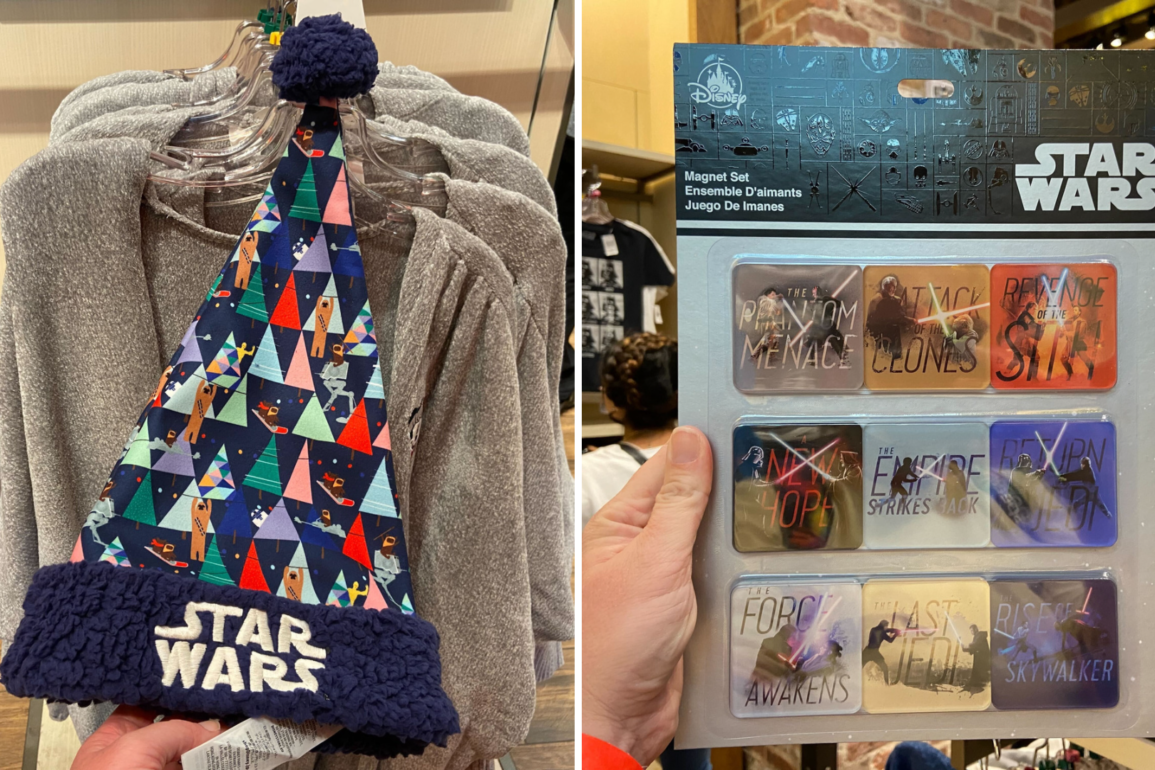 A new “Star Wars” Santa hat, plus magnets representing each film in the franchise, are now available at Disneyland Resort. We found these in World of Disney at Downtown Disney District.

There are nine magnets in the set.

Each magnet features a lightsaber battle from each film.

The Santa hat is blue with colorful tree triangles all over it.

Chewbacca, ewoks, R2-D2, C-3PO, and other characters can be seen in the pattern.

We first saw this hat in a galaxy far, far away over at Walt Disney World but it finally made its way to the opposite coast!