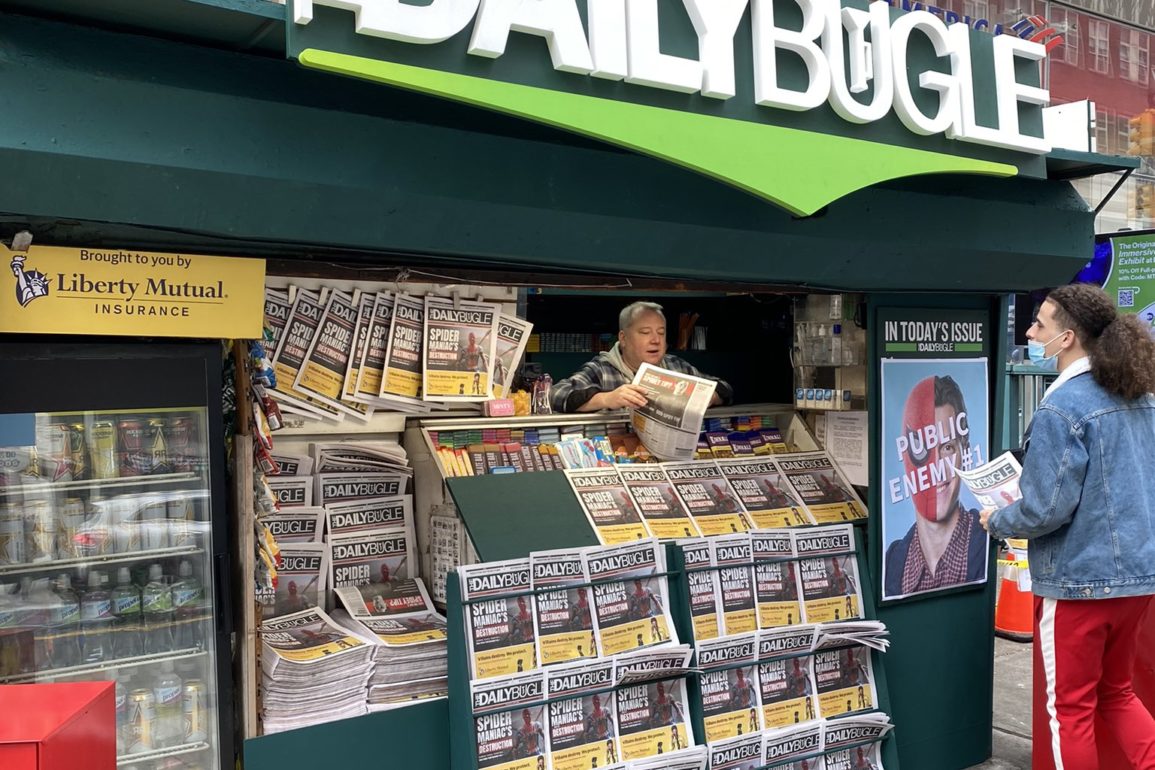 The Daily Bugle Newsstand Opens in Manhattan Ahead of ‘Spider-Man: No Way Home’ Release

A stand for The Daily Bugle has opened on Manhattan’s Upper East Side a week ahead of the release of “Spider-Man: No Way Home.” The stand features Liberty Mutual Insurance advertisements, a poster proclaiming Peter Parker “public enemy #1,” and of course the latest issue of The Daily Bugle full of info about Spider-Man.

IGN shared photos of the stand and the paper on Twitter.

The “special edition” paper features a photo of Spider-Man on the front with the headline “Spider Maniac’s Web of Destruction.” The Liberty Mutual ad beneath reads “Villains destroy. We protect.”

Other pages of the paper call for tips, cover a man who attempted to become the next Spider-Man, and ask “Who is MJ?”

One page features a police sketch of a “tentacled man sought for questioning.” He was last seen on the Alexander Hamilton Bridge with Spider-Man, referencing a scene in the “Spider-Man: No Way Home” trailers.

There’s even an advertisement for “Rogers the Musical,” first seen in “Hawkeye.”

Watch the latest “Spider-Man: No Way Home” trailer and see the movie in theaters on December 17.