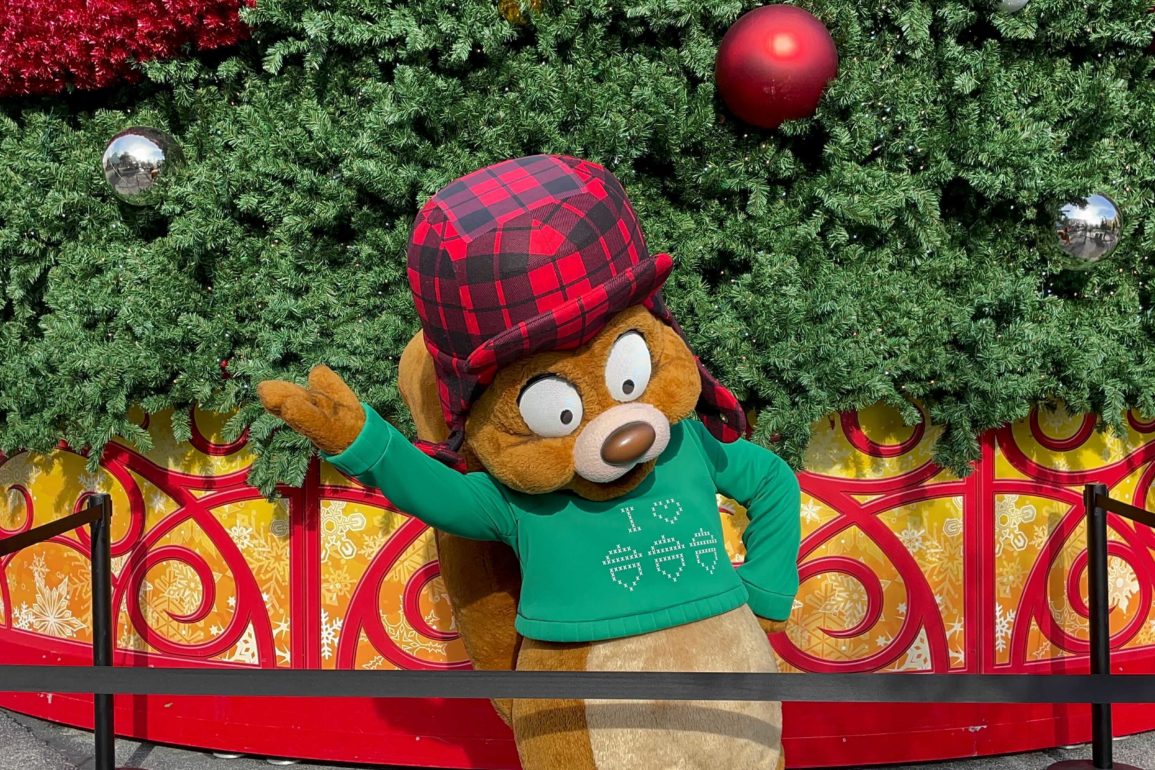 PHOTOS, VIDEO: Earl the Squirrel Arrives to Meet and Greet Guests for the Holidays at Universal Studios Florida

Earl can be found in a roped-off area beside the giant Christmas tree in the streets of New York.

Earl is wearing his buffalo check hat and a green sweater that reads “I heart [acorns].”

According to the legend of Earl the Squirrel, many years ago, some of the lights on the Universal Studios Florida Christmas tree went out. After investigation, Team Members discovered a squirrel who had chewed through the wires and built a nest in the tree.

Thus, a tradition began of hiding “Earl the Squirrel” in the tree each year. This progressed to the squirrel becoming a mascot of the holiday season at Universal Orlando Resort.

Watch our video of the new Earl the Squirrel meet and greet below.