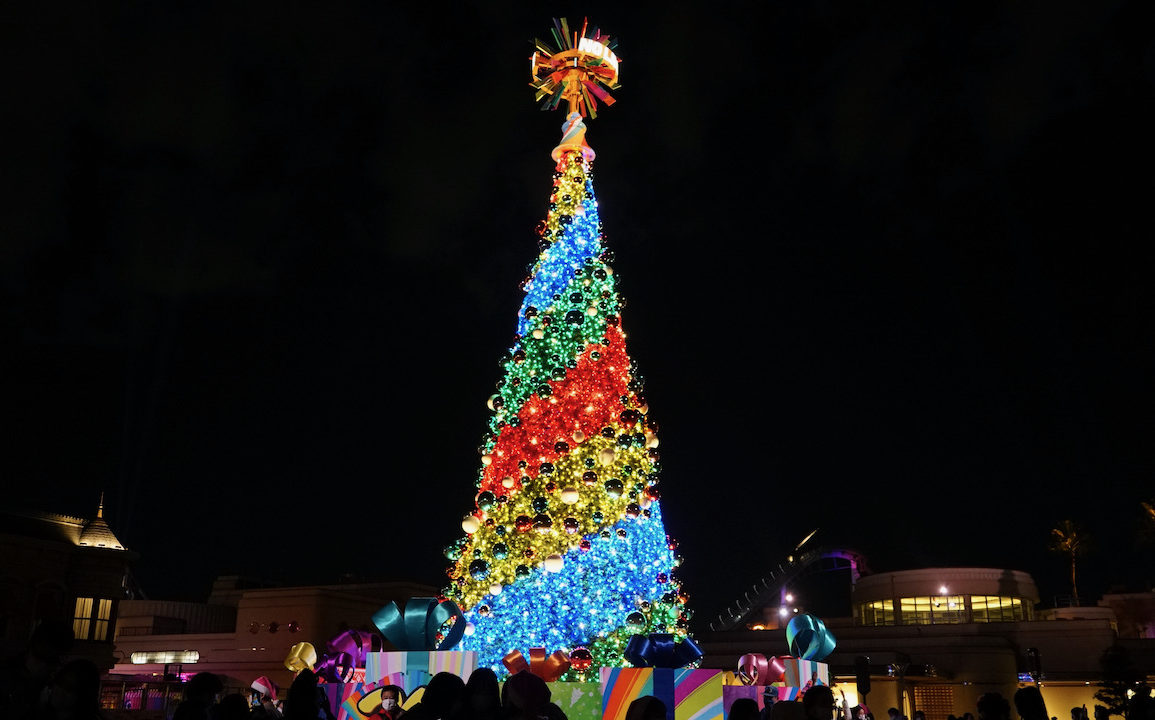 The holiday season is on through January 10th at Universal Studios Japan, and we were invited to take a special peek at the return of their Christmas tree after two long years! This tree was specially made for their 20th Anniversary “NO LIMIT!” celebration, and features a 10 minute-long light and projection show in the Gramercy Park area in which it’s located.

The tree itself runs through dozens of light combinations that change and dance around depending on the music in the background.

Atop is a star with the 20th Anniversary colors and the words “NO LIMIT!” printed across. The words themselves light up independent of the star.

Plenty of perfect photo opportunities with the many colors of the tree, it’s near-impossible to make out the original blue, green, red, and yellow stripes around the tree most of the time.

The buildings on two sides of the tree feature projections of snowflakes and snow, fireworks, Christmas lights and garland (also in time with the music), and other little touches to enhance the mood.

Every now and then, Santa Claus and his reindeer fly through with a 20th Anniversary-themed rainbow in tow to spread across the buildings. When it bursts and fades away, the 20th Anniversary logo is visible for a few moments.

While it’s certainly not a nighttime spectacular, these touches are a wonderful compliment to a lovely Christmas tree, and we hope that this tree and the projections are back next year and the years to come at Universal Studios Japan! What are your thoughts? Let us know in the comments below.