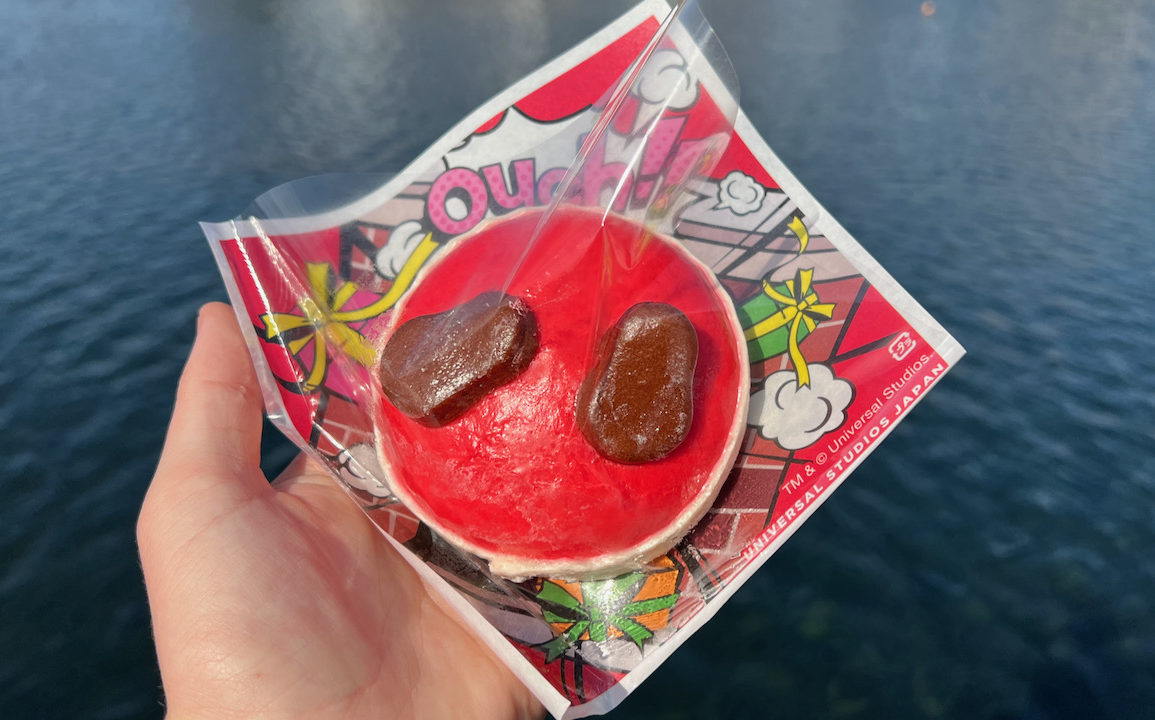 Universal Studios Japan has been pretty creative with some of its food this year, from the JAWS Dog shaped like the iconic shark to the many mushroom meals at Kinopio’s Cafe in Super Nintendo World. And we come around to the holidays, we found probably the funniest snack yet—the “Santa’s Stuck!” Chicken & Tomato Cream Bun at the NO LIMIT! Market.

The bun is available in the NO LIMIT! Market section of the New York area, at the same cart seasonal buns are always sold.

Yes, you’re seeing this right. This is a bun shaped like Santa’s rear end stuck in a chimney. This is exactly why we love the food team at Universal Studios Japan so much.

The wrapper features the chimney Santa is stuck in… complete with some presents he’s trying to deliver to these poor people’s home.

The bun is red with brown boots raised from the middle, and a white lining around the bottom edge to represent the white fur trim on Santa’s coat.

The inside is filled with a decent tomato cream filling and plenty of chicken bits. This is a formula they use pretty often, and it’s always pretty much the same. The tomato cream sauce is the dominant flavor, and the chicken within is a perfect texture, making this a predictable and safe choice for anyone without an adventurous palate. It’s not the greatest thing you can buy from a taste perspective, but it’s still not awful. Coupled with the amazing design, though, and you really shouldn’t miss it for no other reason than the Instagrammability.

You can find this through the end of the holiday season in January at the NO LIMIT! Market booths in Universal Studios Japan. Would you eat this bun? Let us know in the comments below!