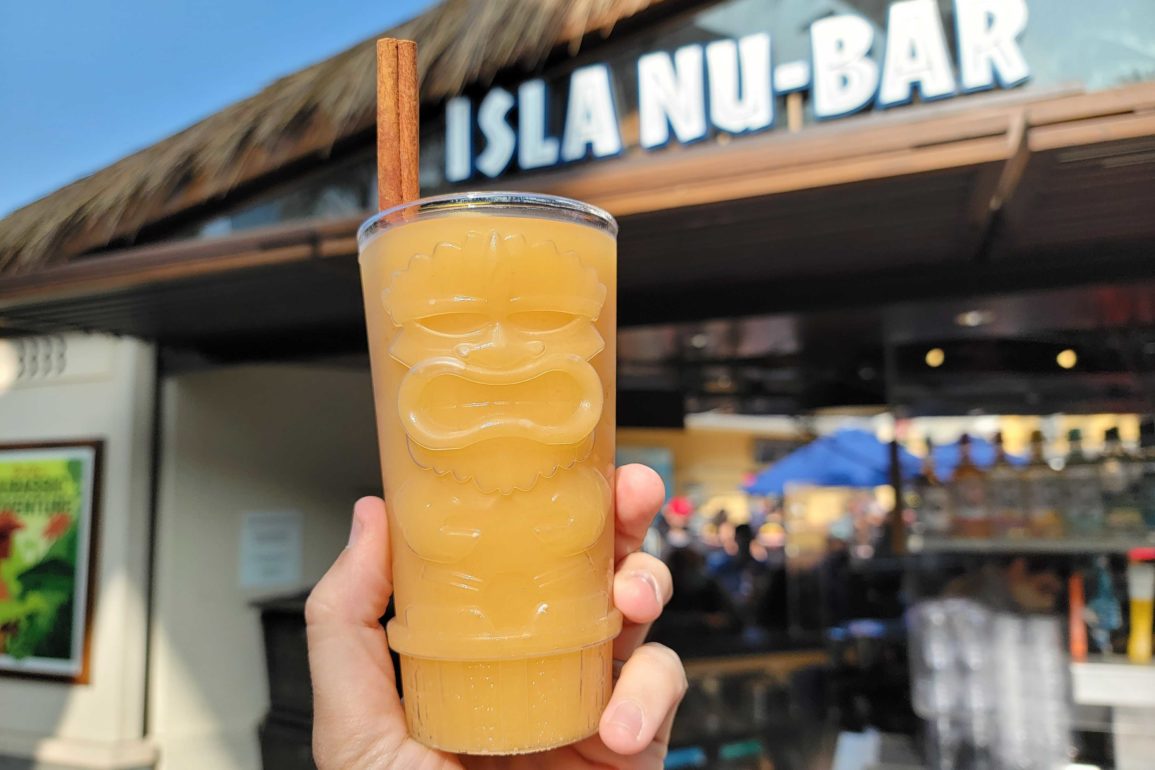 During our day at Universal Studios Hollywood, we decided to try the new Frozen Pear Cider at Isla Nu-Bar in Jurassic World.

The drink comes in this cool collectible tiki cup. You can also upgrade to a larger tiki cup for an additional fee.

The cider wasn’t bad but it’s not the best drink we’ve had at the Isla Nu-Bar. It’s spiced with cinnamon and even comes with a cinnamon stick. The pear flavor is subtle, as pear often is, and this gives way more of an alcoholic bite than some of the other cocktails that hide it behind fruit juice.

All in all, this is not a bad drink but not great either. If you want a frozen cocktail, it’s warm enough outside to go for the tropical flavors of some of the other drinks.

The frozen slushie cocktail with winter flavors is kind of a mixed message. Guests would be better off with the Bahama Mama or one of the other cocktails available here.

The Frozen Pear Cider took the place of the Painkiller, which has been pulled due to supply issues. But this is a sad replacement for one of the greatest cocktails offered at this bar.

Let’s hope that after the holiday season when this one goes away, the Painkiller comes back.

What’s your favorite drink at the Isla Nu-Bar? Let us know below!