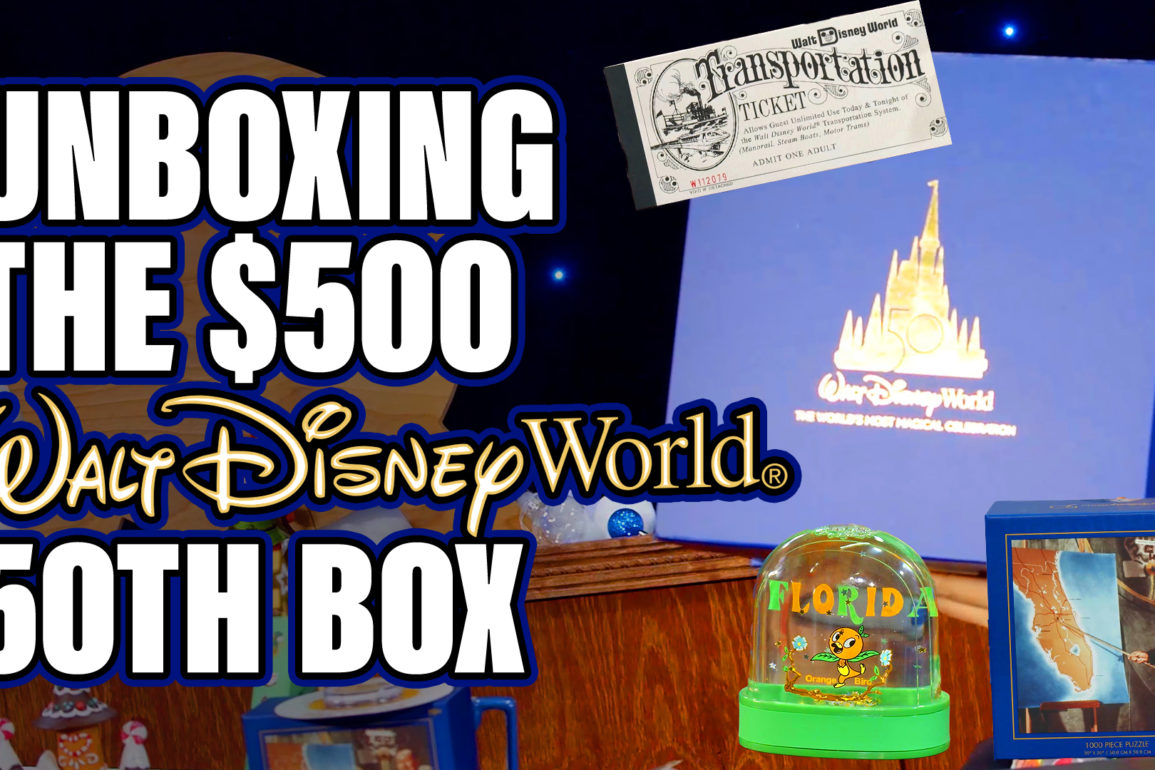 Walt Disney World’s 50th anniversary has brought us plenty of merchandise, but if you want a whole lot of exclusive items (and don’t mind a large price tag), it’s hard to beat shopDisney’s $500 merchandise box.

If you’ve been looking to see just how much you get for $500, be sure to check out our unboxing video, where we explore everything this box holds. Here are just a few of the highlights.

Upon opening the box, a video celebrating the 50th is playable, showing footage of Walt Disney’s proposal for the Florida Project, along with highlights of the last five decades.

Speaking of Walt, this 1,000 piece puzzle features him pointing to a map of the Sunshine State from that same film.

Also included is a pack of postcards featuring Cinderella Castle through the years.

For a piece of history, there’s this replica of a ticket book, which was sold from 1971 to 1982, before it made way for the all-inclusive park tickets we know today.

This retro-inspired snowglobe features the Orange Bird as a souvenir of Florida.

Cruise back to the beginning with this replica license plate advertising Walt Disney World’s October 1971 opening.

Several limited release pins are included in the box, including this three-pin EARidescent set.

A MagicBand with the 50th logo is also part of the collection.

Vinylmation made its triumphant return for the 50th, and included is this exclusive figure featuring Mickey Mouse in gold for the golden anniversary.

It wouldn’t be a Disney event without an ear headband. The box’s version features Cinderella Castle and stars on blue velvet ears, with a galaxy of EARidescent stars between them.

Watch the full unboxing below to see more.