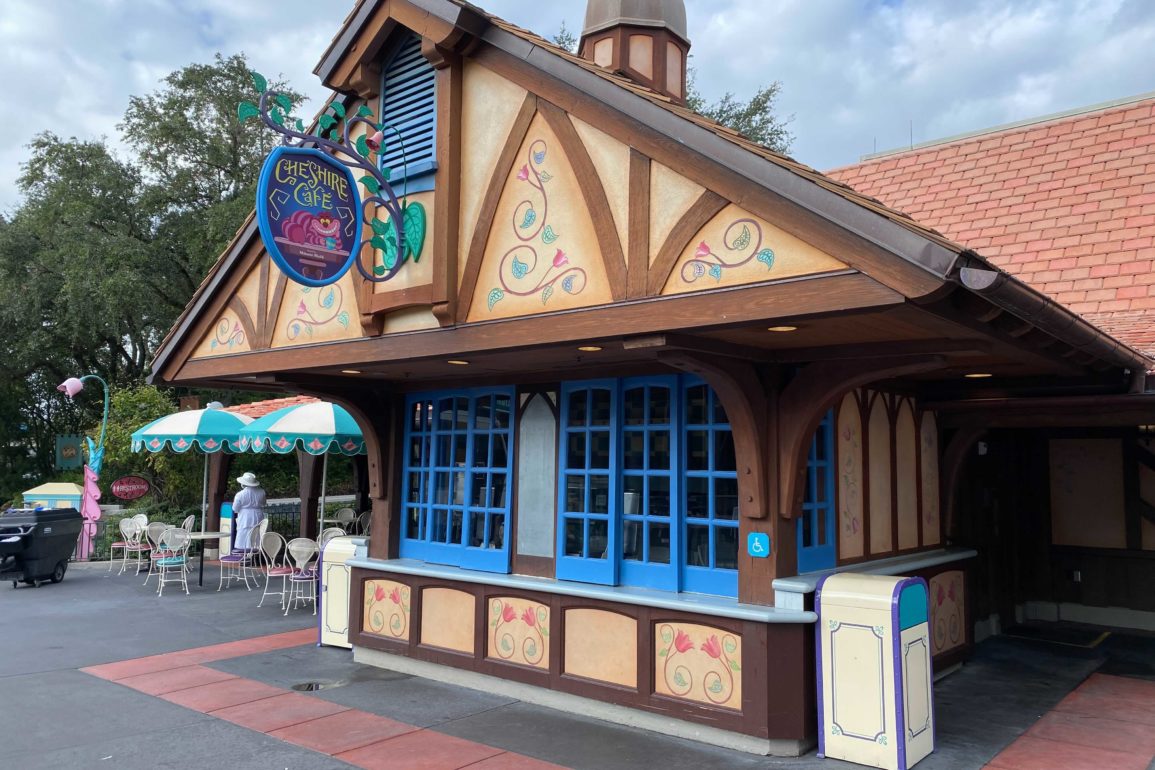 PHOTOS: Cheshire Café Closed, Possibly for the Season at the Magic Kingdom

With the holiday crowds mostly gone, it seems that certain facilities around Walt Disney World will be closed for the season.

One of the closures seems to be at Cheshire Café in the Magic Kingdom, which has its windows closed and menu removed.

When our reporter spoke to a Cast Member, they noted that this is most likely a seasonal closure. As of the writing of this article, operating hours have been removed from Walt Disney World’s website for the counter-service restaurant through March 6.

During the closure, the famed Cheshire Cat Tail pastry is available at Cosmic Ray’s Starlight Café in Tomorrowland, though it isn’t currently available to purchase through Mobile Order. It’s unclear if the teas will also be moved to the new location, though it’s very likely that the closure will alter the debut of the Always Tea Time slush, which was scheduled to be released next week.