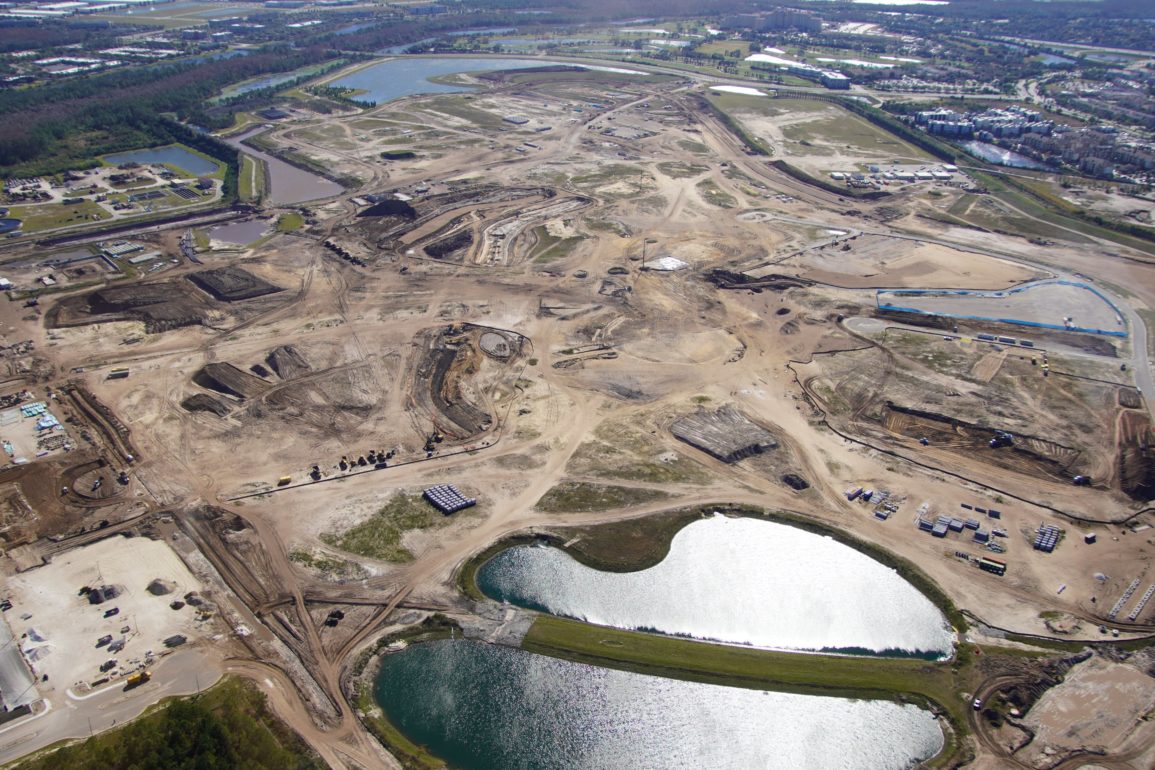 Like many theme park projects, Epic Universe was delayed due to the COVID-19 pandemic. Shell says the project is now “full steam ahead” and “construction is going really well.”

Thanks to new aerial photos from @Bioreconstruct on Twitter, we can take a look at how well that construction is going.

Here is an aerial overview of the Epic Universe site.

Here is a look at some of the attraction staging for Epic Universe. These blue tarps are believed to be covering a ride track for an upcoming Nintendo attraction.

Lots of excavation work and site preparation has started again for the theme park.

The first of concrete work has started towards the bottom right.

A section here has gotten a fresh layer of sand or crushed rock.

The area in the top left is believed to be for Super Nintendo World.

The top right of this photo is believed to be the center of Epic Universe.

Here is a closer look at what is believed to be Super Nintendo World. There seems to be an outline for a building in the sand.

Here is a photo looking south at what will be day guest parking for Epic Universe.

Excavation is underway for an upcoming building.

Here is a closer look at the first structure built in Epic Universe.

And here is another overall look at the current construction progress of Epic Universe.

Are you excited for this brand new theme park coming to Universal Orlando Resort? Let us know in the comments!