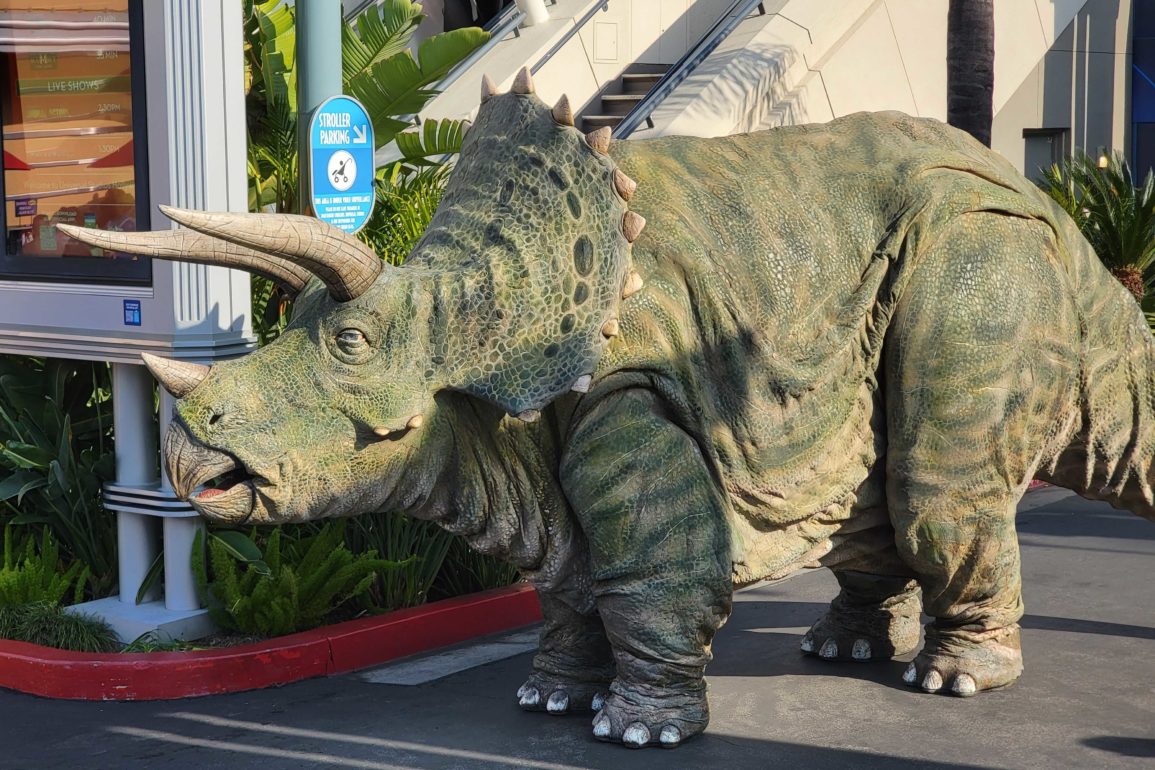 Jurassic World in Universal Studios Hollywood isn’t just home to an exciting attraction — you can also meet dinosaurs there! In addition to Blue the velociraptor, guests can also meet a triceratops near the Raptor Encounter area.

The triceratops is accompanied by a handler who told the crowd plenty of interesting facts about both the triceratops species and dinosaurs in general.

The triceratops stays standing in one place, but its face moves and it even blinks.

The triceratops was actually out at the same time as Blue (who you can see in the background of the picture above).

She is not held in the fenced-off Raptor Encounter area but comes out next to the escalators.

After the handler spoke for a few minutes, guests were allowed to get a closer look at the dino and take photos.

There aren’t specific times for this encounter, so guests looking for the triceratops may need to speak to a Team Member or hang out in Jurassic World for a bit. Have you had a chance to meet this incredible dinosaur? Let us know in the comments.

Next
WATCH PARKSCENTER — Goodbye to Bob Iger, a Look Ahead at 2022, and a Preview of the Festival of the Arts!