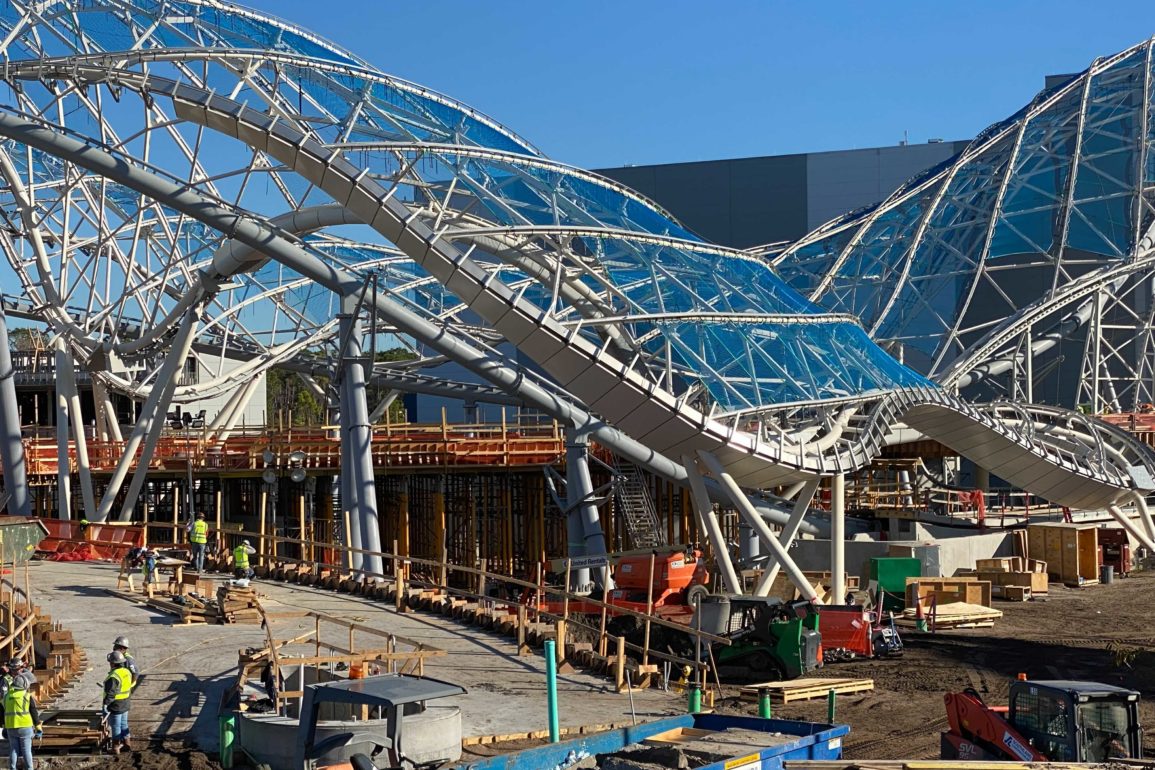 It’s another beautiful day in Magic Kingdom, which means it’s time for a trip on the PeopleMover and a look at TRON Lightcycle / Run, the upcoming roller coaster under construction to Tomorrowland.

We could see a crew member working on top of the canopy framework next to the show building.

We also saw crew members in a scissor lift beneath the entrance canopy framework.

“Vertebrae” ladder pieces now line most of the main framework.

More curved panels have been installed between the ladder pieces along the edge closest to Space Mountain.

The paneling will give the edge of the framework a more completed look before the complete canopy is installed.

Several crew members were working on the paved walkway leading to the attraction.

We noticed markings on the walkway during our last update, but they seem to be gone now. Some of the crew was working on the railing.

The walkway will lead from Space Mountain, under the canopy, to the entrance of the coaster.

The Walt Disney World Railroad will also travel beneath the coaster through a tunnel.

From Storybook Circus, we could see some spots where the vertebrae pieces have not yet been installed.

Some pieces are cut to fit around support poles.

Crew members were working on the walkway that leads to the structure that we believe will house lockers.

The structure itself has not been fully enclosed with wall paneling yet.

TRON Lightcycle / Run may finally open late this year or in 2023. Keep on watching WDW News Today as construction slowly chugs on.