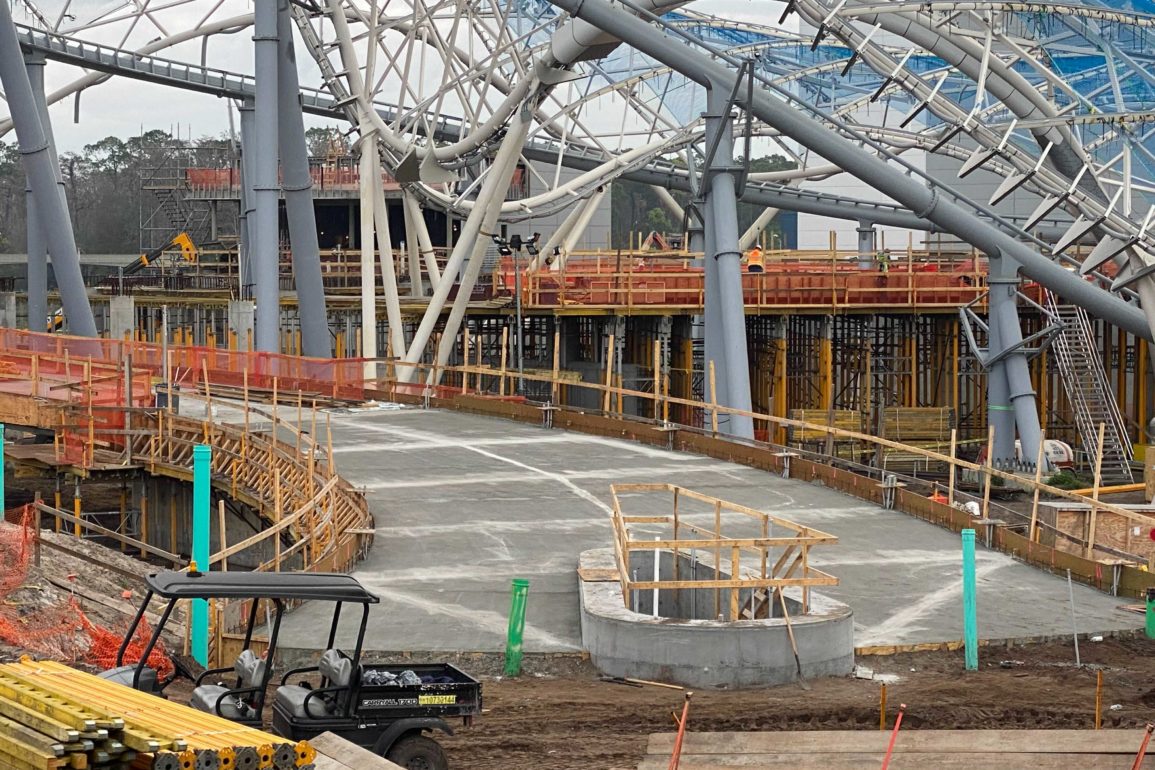 Though it’s unclear when it will actually open, looking at the construction for TRON Lightcycle / Run in the Magic Kingdom has become an attraction in itself. Let’s see what’s new on the site!

Since our last visit on Tuesday, much work has been done on the canopy and pavement outside the future attraction.

More ladder bars run along the bottom ridge of the illuminated canopy. This section is being prepped to install the curved paneling that encloses the canopy’s edges.

Curiously, the pathway under the main canopy, which was recently fully paved, now has markings suggesting that more work is underway.

A plethora of construction materials have been staged across from the pathway.

Meanwhile, workers were spotted on a scissor lift below the archways of the main entrance canopy, which seems to be nearly complete.

Passing around the perimeter of Space Mountain, more equipment is staged on the pathway between the two attractions.

The blue netting remains on the canopy, which still awaits the panels that will light it up with a colorful glow.

Moving around to Storybook Circus, we see that more pieces are being added to the canopy as it inches closer to completion.

A hanging tube has been installed near the support beams, winding along the rim of the canopy.

More ladder bars are being added on this side.

Most of the paneling on the show building has been put up. Whether it’s due to the constant construction or just how long things have taken, it’s already beginning to look slightly dirty, especially the light gray panels.

Little has changed on the structure, which is mostly paneled on this side.

Finally, just past the building, a large concrete wall is being erected.