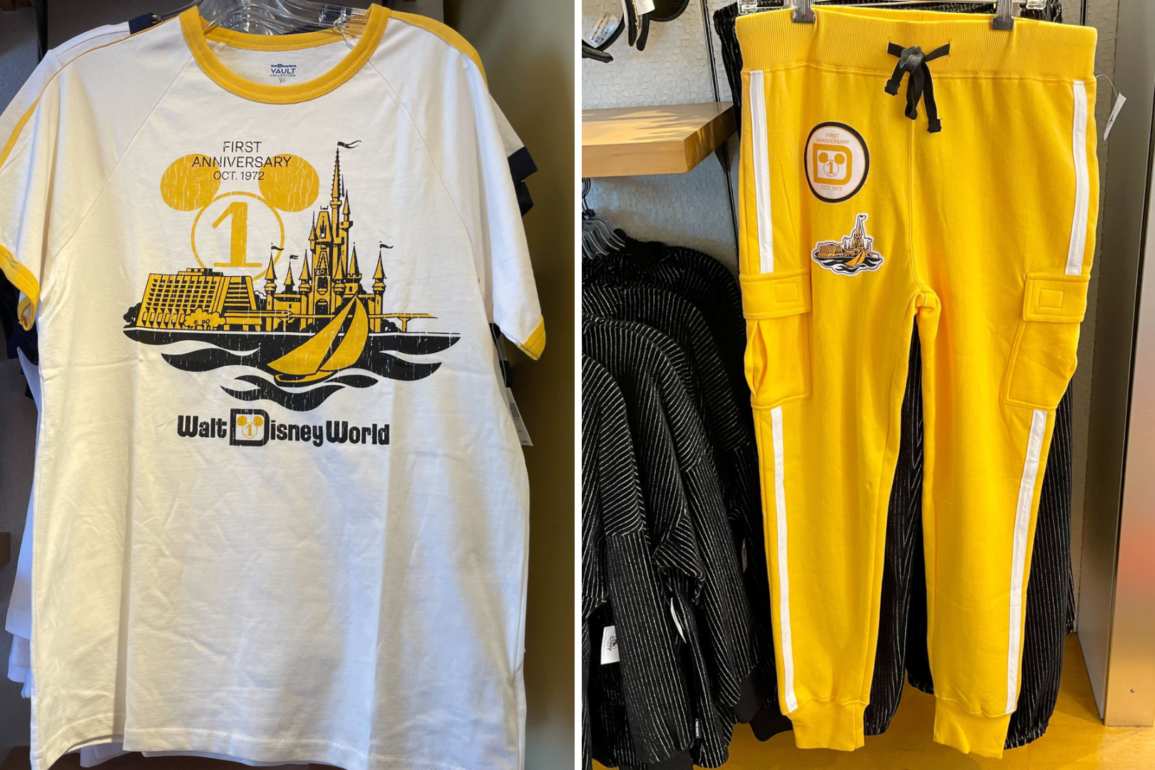 A new tee and matching pants have joined the First Anniversary series of the Vault Collection available at Walt Disney World. We found this outfit in Disney’s Contemporary Resort, along with the new map-inspired Spirit Jersey.

The items follow the yellow, black, and white color scheme of previous clothing in the Vault Collection.

On the front of this tee is an image of Cinderella Castle, Disney’s Contemporary Resort, and a sailboat on Seven Seas Lagoon.

The Mickey-shaped first anniversary logo is stamped in the sky above them.

The paints are mainly yellow.

They have a small version of the same lagoon image, alongside the first anniversary logo, on one leg.

Both legs have white stripes running down the side, interrupted only by pockets.

The pants have a black drawstring.