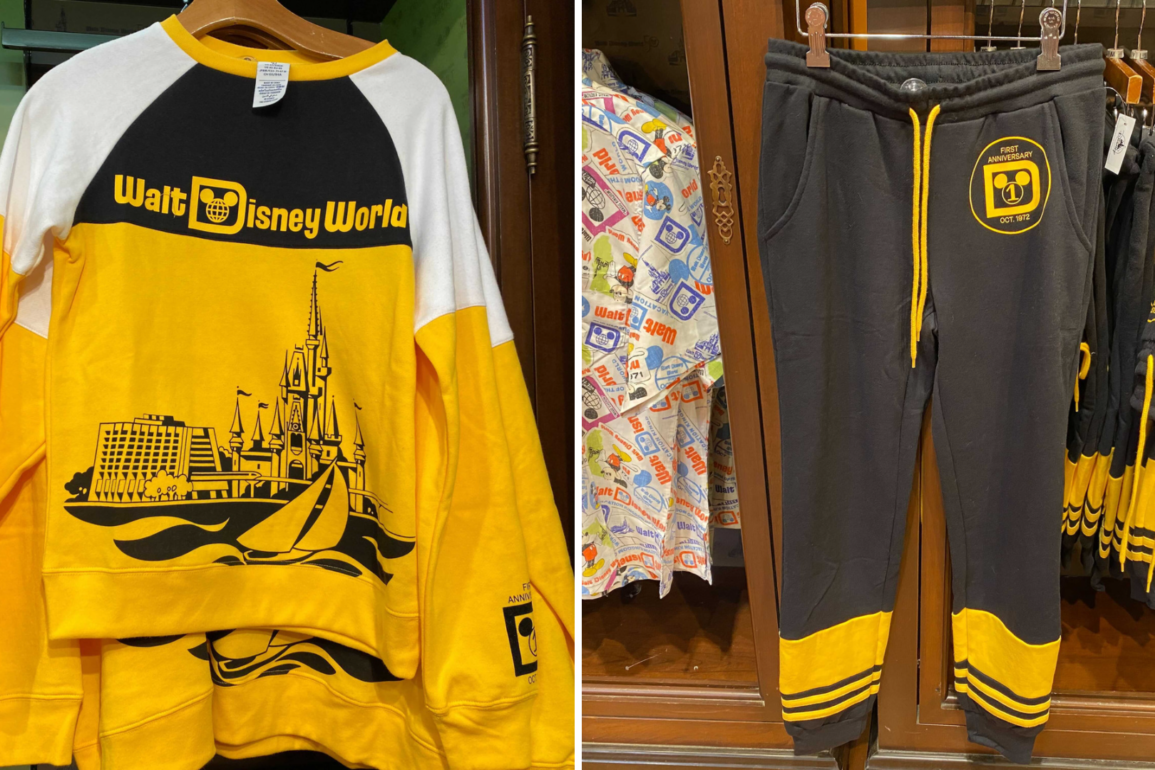 A new sweatshirt and sweatpants have arrived at Walt Disney World as part of the First Anniversary series of the Vault Collection. This series celebrates October 1972, the first anniversary of Walt Disney World Resort. A pin was previously released.

We found this apparel in Marketplace Co-op at Disney Springs.

The sweatshirt is yellow, white, and black.

Cinderella Castle and Disney’s Contemporary Resort are pictured on the front.

The first anniversary logo is on the sleeve.

The pants are black with yellow accents.

The first anniversary logo is on one of the pockets.

As we previously reported, Annual Passholder discounts are not offered on this collection.