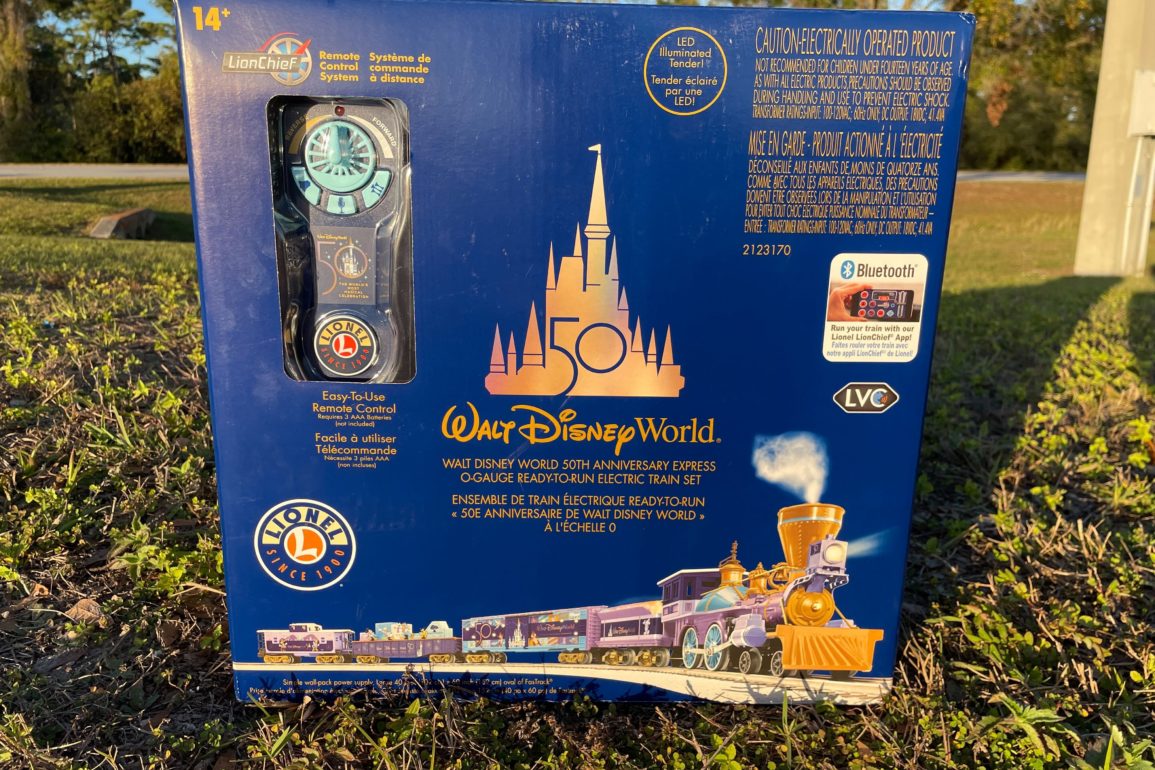 A new Walt Disney World 50th anniversary train set has just rolled into the Magic Kingdom. You can get one for yourself at the Emporium.

This train set comes with an “easy-to-use” remote control.

You can also run the train using Bluetooth through the Lionel LionChief app.

The tender is LED-illuminated.

The train is themed to Walt Disney World’s 50th anniversary with the EARidescent colors of purple, blue, and gold.

The Walt Disney World 50th logos are wrapped around the cars. And you can even spot Chip, Dale, Tinker Bell, Mickey Mouse, and more.

If you want one for yourself, hurry on over to the Emporium because there were only three available to purchase when we found them.