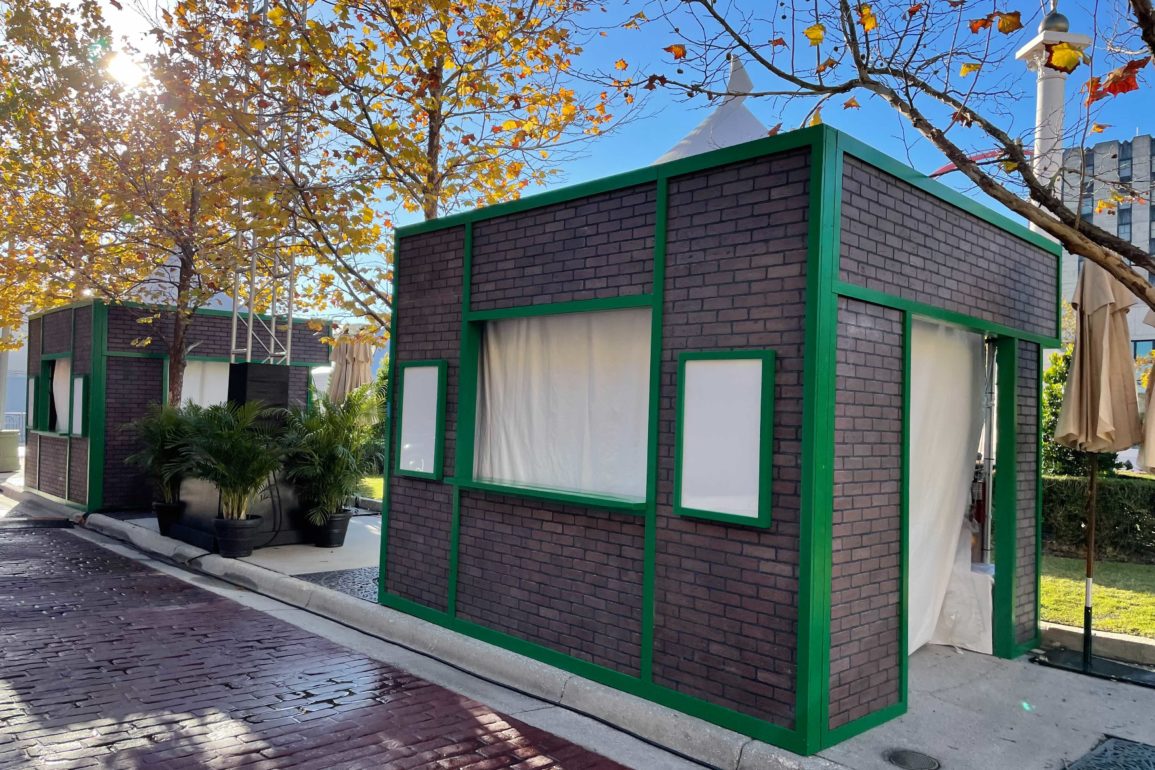 Universal Studios Florida is revving up for Mardi Gras 2022, which kicks off on February 5. Themed façade elements have now been added to some of the tents erected earlier this week.

The tents will act as food booths when the celebrations are underway.

Some of the tents are now surrounded by panels resembling grey brick with green trim.

They each have empty boards for future menus to go.

We spotted these tents in the New York section.

We saw a photoshoot happening outside this booth the other day, but now the photoshoot elements have been removed, and we can see the decorations. There’s plenty of purple, gold, and green — the colors of Mardi Gras. The front is decorated with images of masks, beads, and confetti.

The kitchen is coming together inside the booth.

Lights have been strung between these trusses.

The trusses surround this courtyard outside the NBC Media Center.

In the San Francisco area, one booth has been decorated with wood and corrugated paneling.

The cart on the street in front of it is decorated similarly.

Another nearby booth and cart look the same.