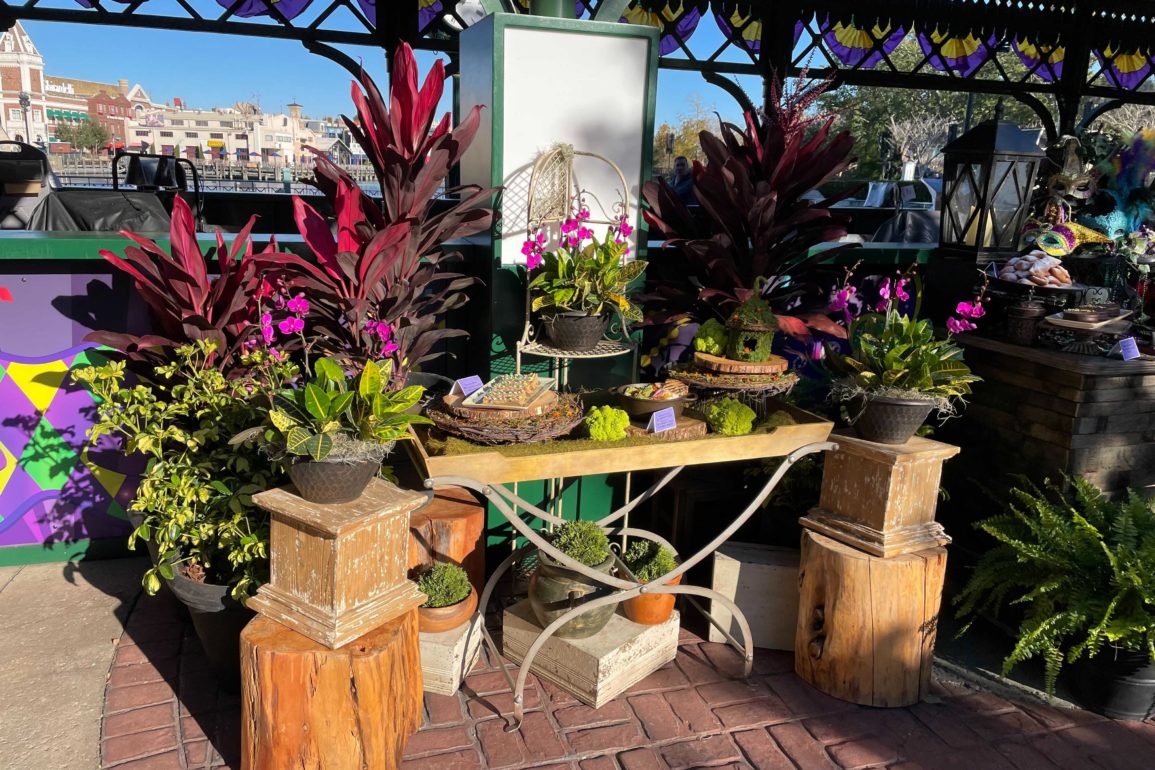 PHOTOS: Tents and Decorations Go Up in Preparation of Mardi Gras at Universal Studios Florida

Universal Studios Florida is preparing for Mardi Gras 2022, which kicks off on February 5. White tents are now popping up throughout the park.

These tents will soon be home to fun Mardi Gras foods.

Several tents can be seen in the New York section of the park.

Trusses are up on the sides of this street.

Near the lake, we found an area that has already been decorated.

Examples of the food items that will be available were on display among various props.

This display had some delicious-looking beignets next to Mardi Gras masks.

There were many plants in the area, too.

A media shoot was going on when we walked by.

There were more tents deeper in the park, near the Animal Actors theater.

One tent is blocking the train from “Back to the Future.”

This food truck is still displaying its previous menu.