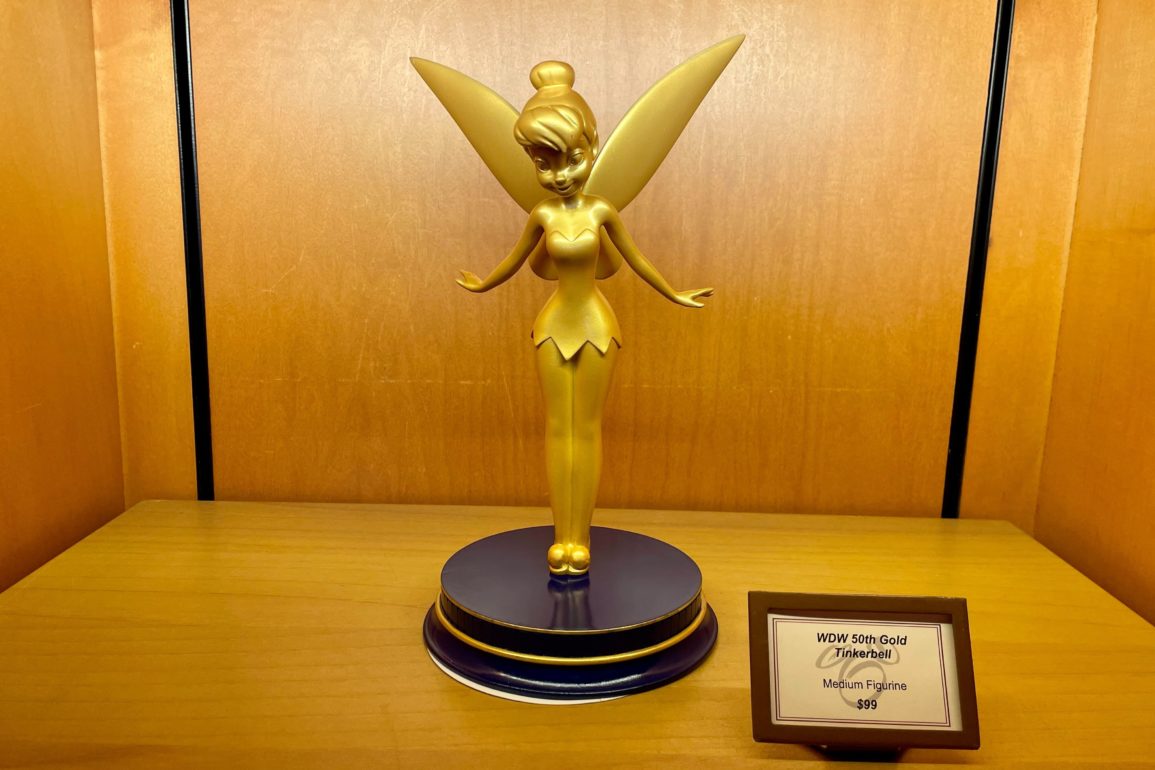 An all-gold colored Tinker Bell stands in a curtsey pose atop a dark blue podium.

The statue resembles the golden character statue at the Magic Kingdom.

Her iconic bun includes a hair ribbon detailing on the back.

Tinker Bell’s wings steal the show on the back of the figurine.

Here you can appreciate some of the detailing in her face and hair.

The figurine packs a lot of impressive detailing for its size.

This medium-sized figurine can bring a dash of Disney to any Tinker Bell fan’s home.

One side of the box has a black and white photo of the contents.

We found this figurine at Bonjour! Village Gifts in Fantasyland at Magic Kingdom.

Will you be adding this Tinker Bell figurine to your collection? Let us know in the comments.