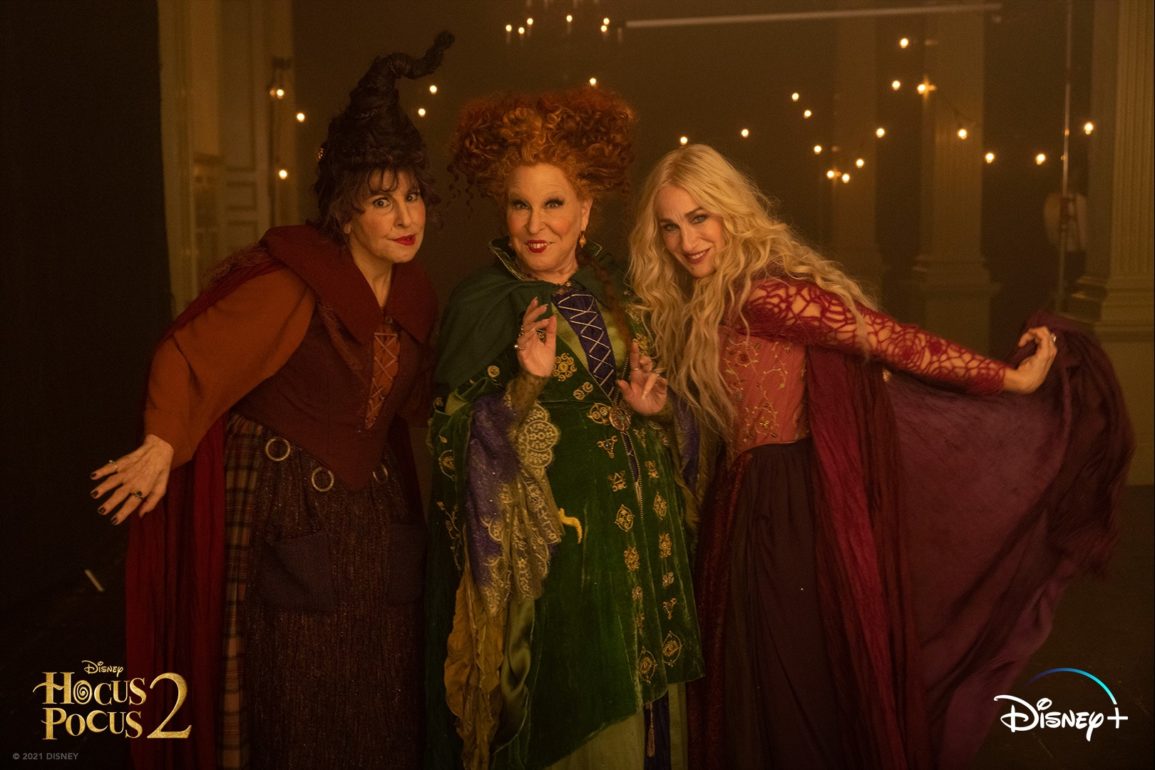 According to “Hocus Pocus 2” producer, Adam Shankman, production has officially wrapped on the upcoming fan-favorite sequel.

Shankman took to Instagram and posted the above photo, which looks like an embroidery of the three Sanderson “Sistahs” on a blanket of some sort.

“Aaaaand that’s a WRAP!!!” he posted in his caption. He then thanked Bette Midler (Winifred Sanderson), Sarah Jessica Parker (Sarah Sanderson), Kathy Najimy (Mary Sanderson), and the entire cast and crew of the film.

Shankman then went on to say, “Coming to you #halloween #2022 on @disneyplus”

Looks like “Hocus Pocus 2” will officially be available to stream on Disney+ this Halloween.

The original “Hocus Pocus” film was first released in theaters on July 16, 1993. “Hocus Pocus 2” will be released on Disney+ nearly 30 years later.

In case you missed it, get a first look at the upcoming film here.