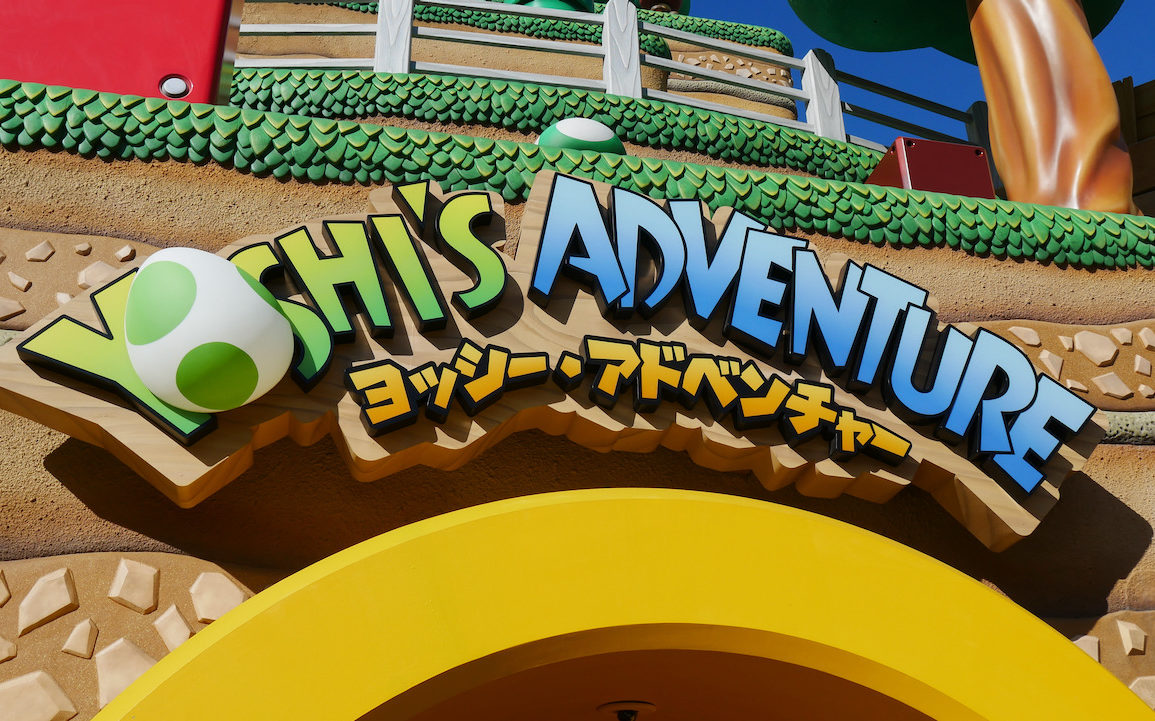 Yoshi’s Adventure, the OmniMover attraction in the Super Nintendo World area of Universal Studios Japan, has faced a few problems since its grand opening last March. Last summer, props collapsed onto the ride’s track, and in November an after-hours fire in the attraction’s attic put it out of service entirely. While Universal remained tight-lipped about when the attraction would return or the true extent of the fire, it seems that Yoshi’s finally back in action as of today!

Yoshi’s Adventure finally reopened this morning after a 54-day closure due to the November fire, with no visible changes except the continued absence of stacked Goombas and other props that have been missing since August. Some guests visiting today noted on social media that a number of effects were either working improperly or out of service entirely, such as the Piranha Plant near the attraction’s end. Maintenance has been a problem we’ve gradually noticed at Super Nintendo World since its opening.

You can watch our full tour and POV ride-through of Yoshi’s Adventure courtesy of our YouTube channel above. Are you excited to see the return of Yoshi and Baby Mario to Super Nintendo World? Let us know in the comments below!

Next
Eric Idle Jokes About Figment Popcorn Bucket Frenzy, Rainbow Popcorn Sold Out and Replaced with Spork, Festival of the Arts Reviews, and More: Daily Recap (1/15/22)