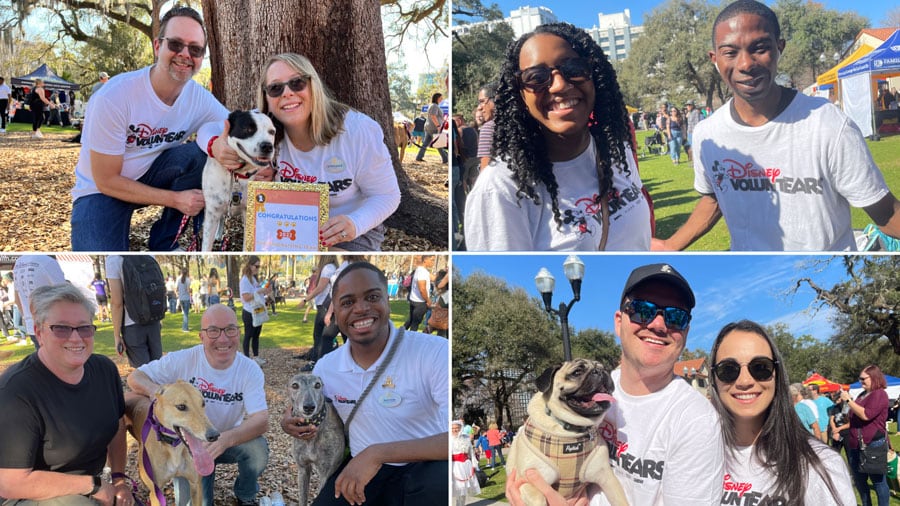 Disney VoluntEARS Raised $12,000 for Pet Alliance of Greater Orlando During ‘Paws in the Park’

During “Paws in the Park” at Lake Eola, Disney VoluntEARs raised $12,000 for the Pet Alliance of Greater Orlando. Because of their efforts, they became the top fundraising team at the event this past weekend.

“We love being able to continue our long-standing tradition of giving back to the community through our Disney VoluntEARS Program,” Tajiana Ancora-Brown, director of External Affairs at Walt Disney World Resort, said. “And what better way for our cast to do that than alongside their furry friends at events like Paws in the Park?”

Funds that Disney VoluntEARs raised at this year’s event will go toward helping the organization. They will rebuild a new shelter after a devastating fire and find homes for animals in need. The funds will also support the organization’s existing family programs, including low-cost veterinary care, pet behavioral consultation, and animal intake. Walt Disney World has supported “Paws in the Park” for more than two decades. Disney VoluntEARS invite their friends, families, and loyal companions to join in the “dog-gone” fun and support local pets in need.

“I love volunteering at Paws in the Park,” Disney VoluntEAR and ‘Disney Dogs Pack’ fundraising team leader Stephanie said. “As cast members, we all live and work here in Central Florida, and we want to make the community the best that we can for our two- and four-legged friends. I’m filled with so much pride seeing how many of our cast members came out to help.”

Next
Theming for Xandarian Starship Support Structure Begins at Guardians of the Galaxy: Cosmic Rewind in EPCOT