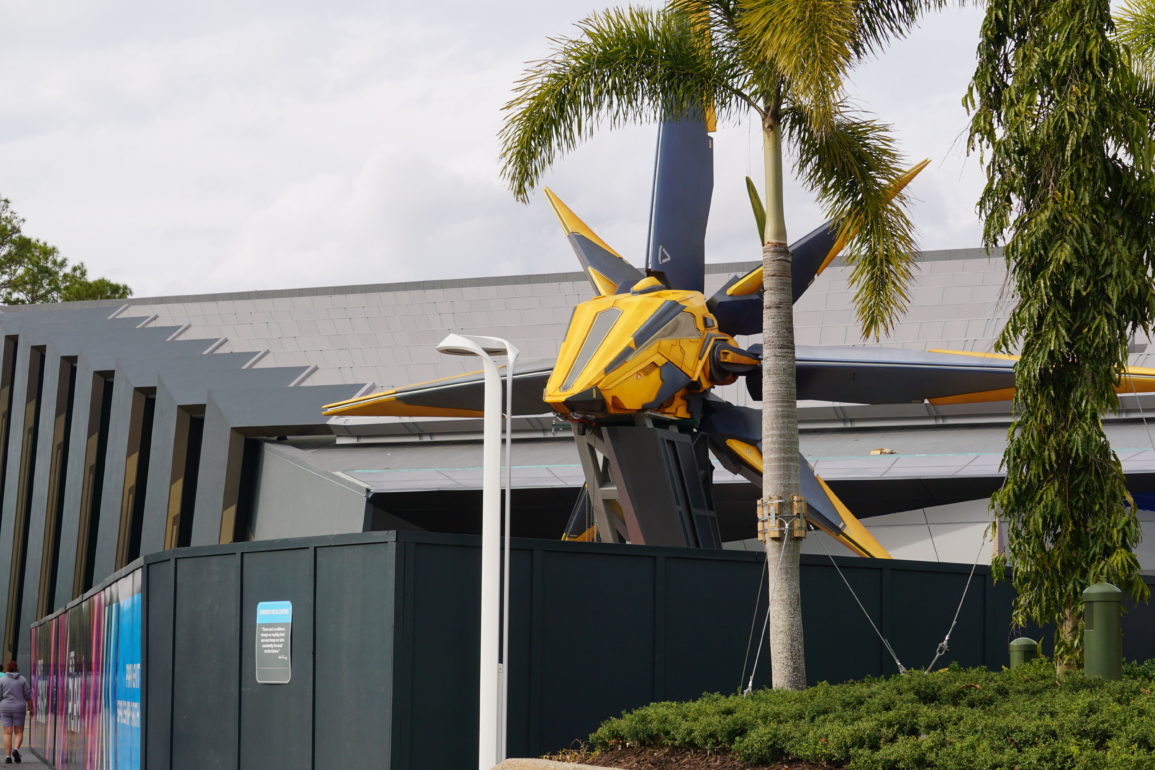 Theming for Xandarian Starship Support Structure Begins at Guardians of the Galaxy: Cosmic Rewind in EPCOT

Following the complete installation, theming for the Xandarian starship support stand has begun outside Guardians of the Galaxy: Cosmic Rewind at EPCOT. Extra details have been added to the ship structure, and now the steel stand is beginning to blend in.

Repainting of the show building columns is seemingly complete.

Some panels remain to be installed on the façade but the exterior building looks mostly completed. It will be known as the Wonders of Xandar Pavilion instead of the Universe of Energy Pavilion.

The Xandarian Nova Corps ship is consequently meant to be an in-universe ship display.

A solid black and silver-grey piece has been installed on the front of the stand.

It wraps around the corner to the side of the stand.

There are rectangles on the side of the piece.

Concept art for the Nova Corps ship showed it floating or balancing on one wing, but it seems Walt Disney Imagineers weren’t able to make that effect happen without the support stand.

See the concept art of the ship below.

Guardians of the Galaxy: Cosmic Rewind will open this summer.

Do you think this theming for the Xandarian Starship support stand will improve its appearance? Let us know in the comments.

Previous
Disney VoluntEARS Raised $12,000 for Pet Alliance of Greater Orlando During ‘Paws in the Park’