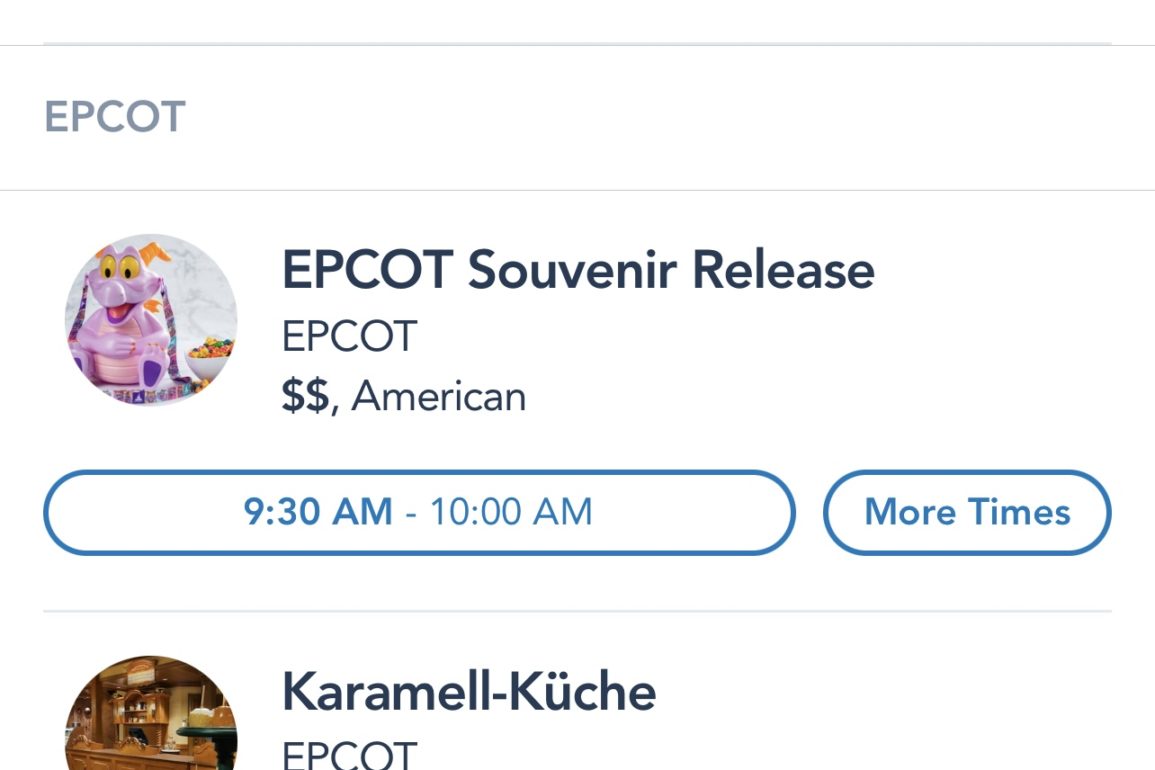 The wildly popular Figment popcorn buckets are back at EPCOT today, February 14, 2022, but through Mobile Order in the MyDisneyExperience app.

The offering is listed as an “EPCOT Souvenir Release” and shows the Figment popcorn bucket.

Guests can choose a time window to pick up their buckets, while supplies last. It’s $25, still served with rainbow popcorn. There’s a limit of two per guest.

The release will not interfere with any food studios this time, as the distribution location appears to be near the World Showplace events pavilion, situated between the United Kingdom and Canada.

The Figment popcorn bucket was first revealed on January 6 and then released at the Pop Eats! booth on the first day of the 2022 EPCOT International Festival of the Arts, January 14. The wait to get a Figment popcorn bucket reached over seven hours on that first day, and was about one and a half hours on the second day. The bucket sold out within a few days and was removed from menu signs.