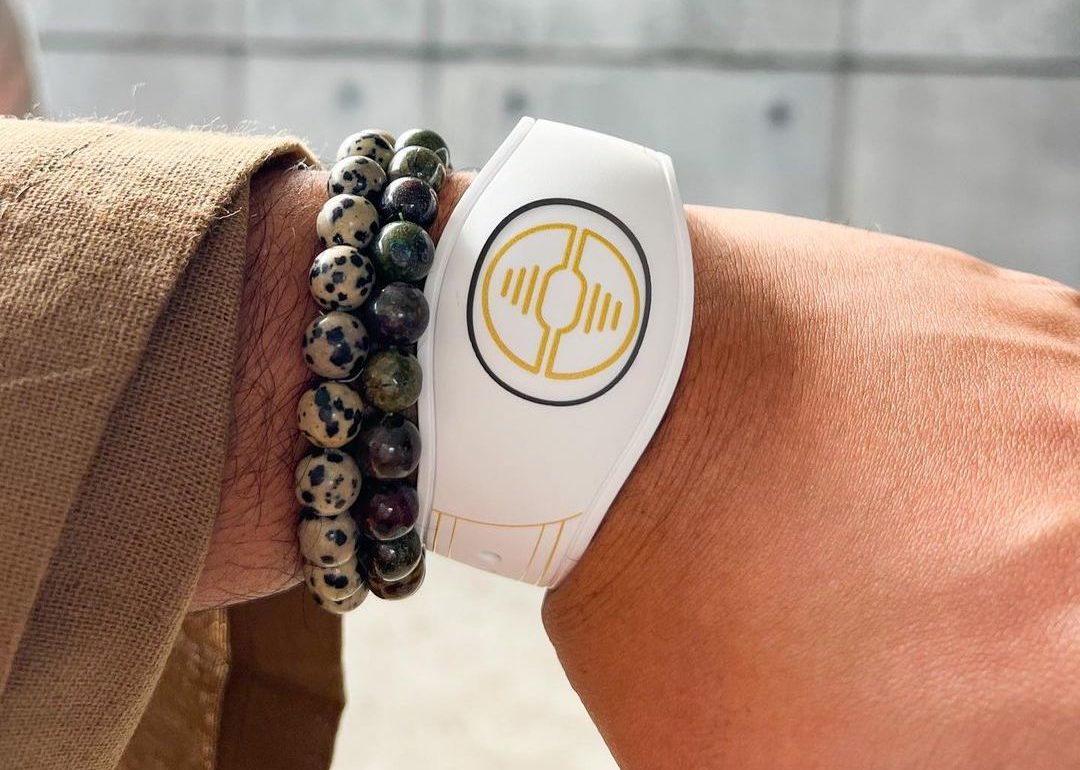 Thanks to Francis Dominic on Instagram, we have a first look at the exclusive MagicBand (previously known as a “databand”) that Star Wars: Galactic Starcruiser guests will receive.

He shared a picture of the white MagicBand, which guests receive as part of their stay and can use to interact with the Halcyon starcruiser. It is decorated with yellow futuristic designs.

One of the photos released yesterday showed a guest tapping their band below a screen in the ship’s atrium.

Are you planning a Star Wars: Galactic Starcruiser trip? Let us know in the comments.