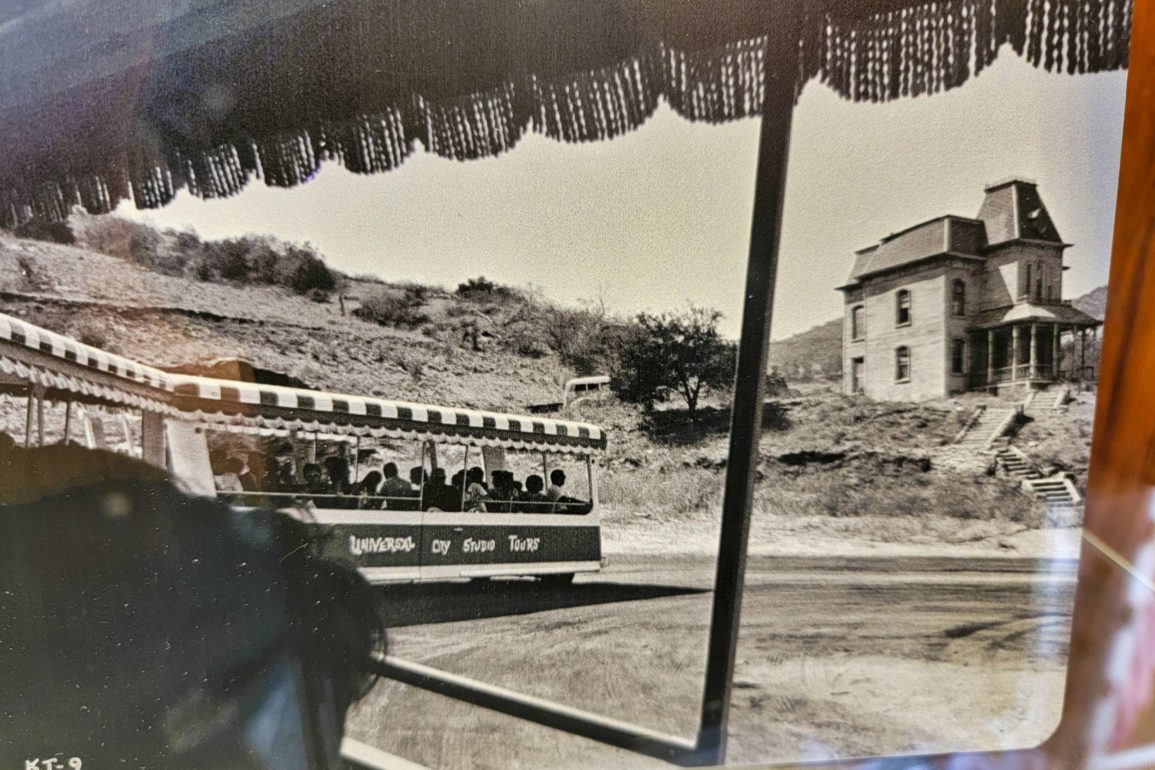 Quiet on set; we’re ready to roll! We headed out to Universal Studios Hollywood today to take a look what’s new and good in the Entertainment Capitol of LA. Join us on this photo tour.

In CityWalk, we stopped by to check on the progress at Toothsome Chocolate Emporium, but there is nothing to see here.

Workers were seen carting supplies in, but they must still be preparing for the real work to begin.

Inside the park, wait times were relatively low, except at Ollivander’s which had an hour wait! What kind of world is this where the wand experience has a longer line than Forbidden Journey?

Despite reports to the contrary, there will actually be a small Lunar New Year offering at Universal Studios Hollywood. Beginning February 1, guests can dine at the Noodle House, which is taking over Hollywood & Dine for the month.

The usual Lunar New Year celebration in Universal Plaza won’t be held this year, but a lot of the favorite dishes and annual decorations are coming to the Noodle House. We can’t wait to come back and try it on February 1.

In Production Central, we came across this super cute set of Loungefly bags and accessories themed to a sweeter version of the classic Universal Monsters. You can read all about it and see each piece close-up right here.

Time for a Super Nintendo World update. There’s not much that has changed on the outside of the buildings, but there is always a bevy of activity down there so the crews must be making headway inside.

Blue was out grEATing guests today.

The DinoPlay kids area is closed today for a refurbishment. From a higher vantage point, we could see inside the area to check on the work being done, and you can see it all right here.

Also from our higher vantage point, we could see into the Jurassic World — The Ride load area. What a view!

We even got a unique view of the first scene of the ride with the Mosasaurus skeleton.

Speaking of a Mosasaurus, we found a plush one inside Jurassic Outfitters, as seen above. We also cuddled up with this adorable T-Rex pillow pet, seen below. You can get a better look and read all about them right here.

And finally, we stopped by the Universal Studios Store on the Lower Lot to take a look at their new archives display. Over the holidays, this display was occupied by several items from Ron Howard’s “How the Grinch Stole Christmas.” Now, a standing collection has returned with items from Universal Studios Hollywood history.

These signs once hung in the queue for Shrek 4D, before it was closed to make way for the Dreamworks Theater featuring Kung-Fu Panda.

There is a photo of a group of tour guides alongside the tram on the backlot, and a pair of guide maps from the early days of the Studio Tour.

A still from aboard the Studio Tour as they pass the Psycho house is also displayed.

And there is also an original script and operating guidelines for the Studio Tour guides circa 1965.

You can also see a flux capacitor from the former attraction, Back to the Future — The Ride.

And from Jurassic Park — The Ride, the infamous Barbasol can from the end of the ride and a Brachiosaurus information placard from the queue are also here.