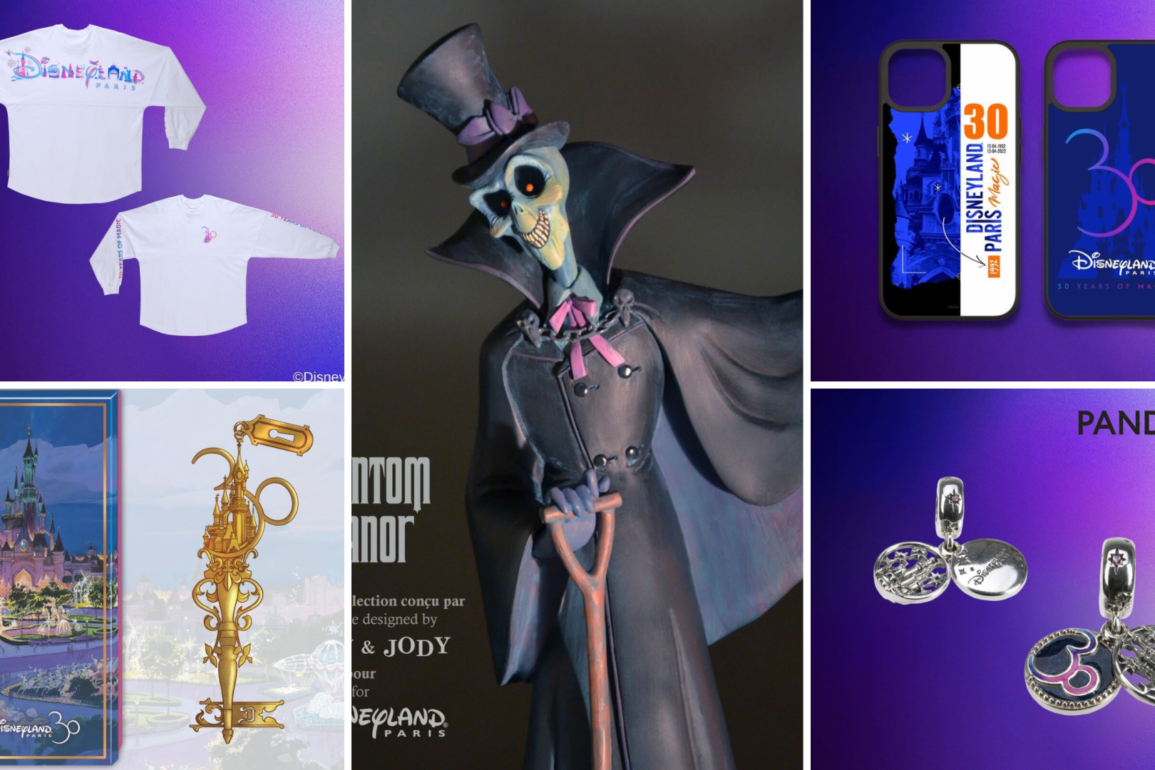 We previously got a look at only the back of the Spirit Jersey, which says Disneyland Paris. The front has the 30th anniversary logo. The sleeves say “30 Years of Magic.”

The pet Spirit Jersey also says “Disneyland Paris” across the shoulders. The 30th anniversary logo is in the corner, around a pawprint.

The phone case on the right was revealed during the announcement of the RhinoShield partnership. The newly revealed phone case has a blue-tinted photo of Sleeping Beauty Castle, with “Disneyland Paris,” “Magic,” “30,” and the opening date and 30th anniversary date to the side.

This first collectible key has a handle shaped like the 30th anniversary logo with the castle in the center. A “D” is on the end of the key.

The railroad key has the railroad symbol (which says “EDRR” for its original name, Euro Disneyland Railroad) on the handle. The end of the key is shaped like a train with smoke rising from the smokestack.

This is a collector’s item designed exclusively for Disneyland Paris by the artist duo Kevin & Jody, featuring Melanie and Henry Ravenswood from the Phantom Manor attraction.

Check out the previously revealed merchandise.