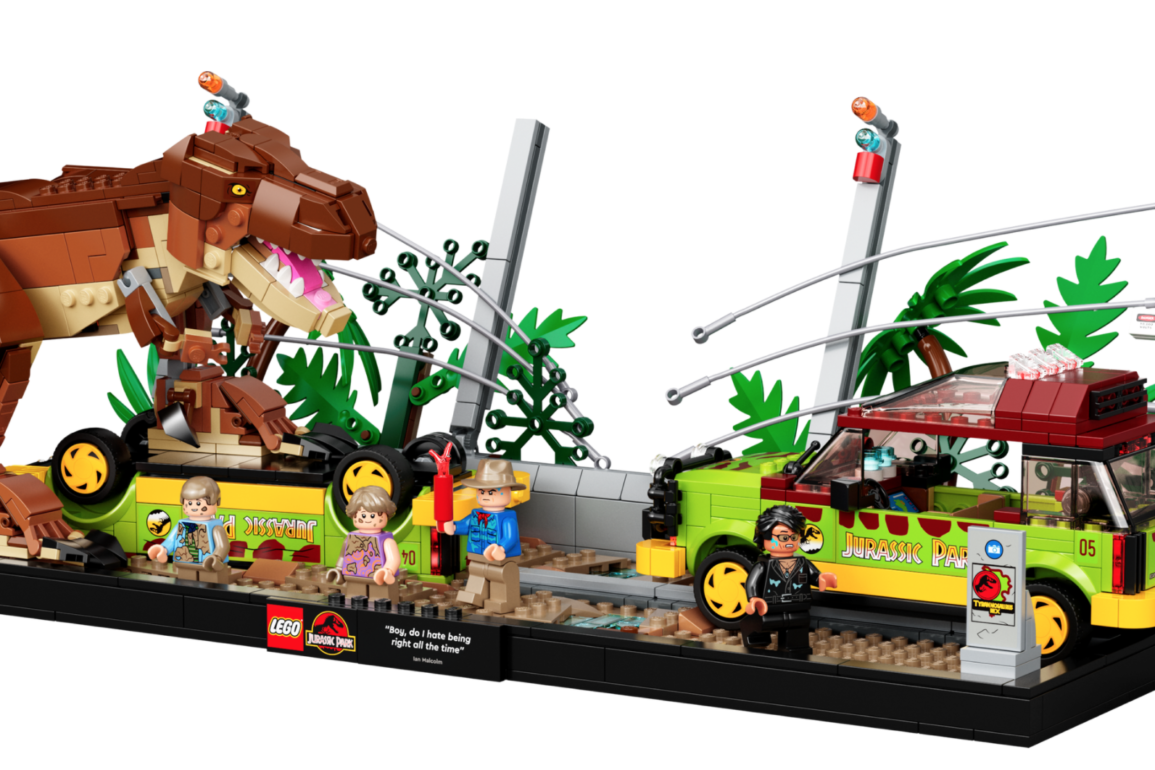 Children can role-play as popular Jurassic World Dominion characters tracking dinosaurs in an off-road vehicle with this exciting Pyroraptor & Dilophosaurus Transport (76951) toy playset. The off-roader has seats for 2 minifigures, a removable dinosaur tracker and a detachable trailer with an opening cage that can hold a dinosaur figure. There are also 3 LEGO® minifigures – Ian Malcolm, Dr. Ellie Sattler and a guard with a tranquilizer accessory element – plus Pyroraptor and Dilophosaurus dinosaur toy figures to inspire creative storytelling.

Let the smashing, fast-paced action begin with this awesome Triceratops Dinosaur Pickup Truck Ambush (76950) toy playset. The perfect gift for creative kids aged 7 and up who are into cool vehicles and dinosaurs, it features a pickup truck with a break-off front section that is easy to rebuild after it has been bashed by the Triceratops figure, plus an escape buggy. Each LEGO® brick-built vehicle has space for 2 minifigures.

This LEGO Jurassic World building toy includes 4 minifigures: Claire Dearing, Franklin Webb and 2 security guards, plus a tranquilizer and carrot accessory element to inspire imaginative role play. Step-by-step instructions are in the box, so even LEGO newcomers can build the models with confidence.

Ready to direct the action? This LEGO® Jurassic Park T. rex Breakout build-and-display model (76956) is as worthy of repeat viewing as the epic Jurassic Park movie scene that inspired it. It features a posable T. rex figure stomping on a flipped, crushed Ford Explorer, a second Ford Explorer and a smashed ‘electric’ fence. Recreate the drama with Alan Grant, Ian Malcolm, Tim Murphy, and Lex Murphy minifigures, buildable night-vision goggles, a flare and 2 water glass elements, plus many other references to the famous scene.

All three Lego sets are available for pre-order on the Lego website and will be released on April 17, 2022.