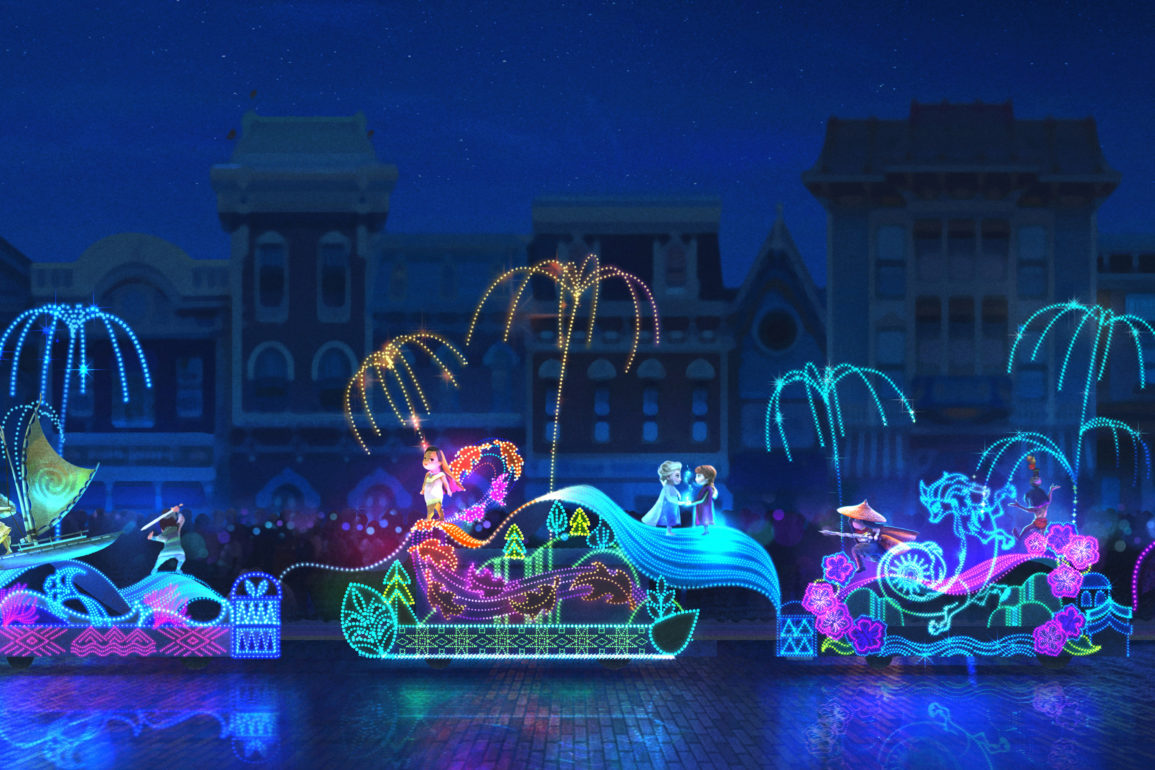 The “Main Street Electrical Parade” is returning to Disneyland Park on April 22, 2022, for its 50th anniversary. Disney Live Entertainment has heavily modified the “To Honor America” finale to instead feature mostly new (and some classic) Disney stories. The character selection seems to reflect the “inclusivity” movement currently underway at Disney Parks around the world.

Concept art shows how the float has been updated. The sequence is inspired by both the original design of “Main Street Electrical Parade” floats and Mary Blair’s iconic art style. It features more than a dozen Disney Animation and Pixar stories, including “Encanto,” “Frozen,” “Pocahontas,” “The Jungle Book,” “Raya and the Last Dragon,” “Aladdin,” “Coco,” “Mulan,” “Brave,” and “The Princess and the Frog.” Upon closer inspection, elements of the classic “To Honor America” segment are visible, such as the flag that was draped across multiple units, the fireworks above, and the tall eagle float at the very end still towering over the rest, now as an amalgamated castle.

Disney also shared concept art of the “Encanto” section of the float featuring Mirabel and Antonio.

The “To Honor America” finale dates back to the 1970s at both Walt Disney World and Disneyland Resort, and has remained in the parade for many decades. There have been other finales for Electrical Parade over the years, but the patriotic cavalcade to close things out was probably the most-seen and well-known.

This new ending will not be the first to feature the art style of Mary Blair and homages to “it’s a small world” either, with Tokyo Disneyland Electrical Parade Dreamlights still featuring a larger, more robust, yet stylistically similar finale nightly.