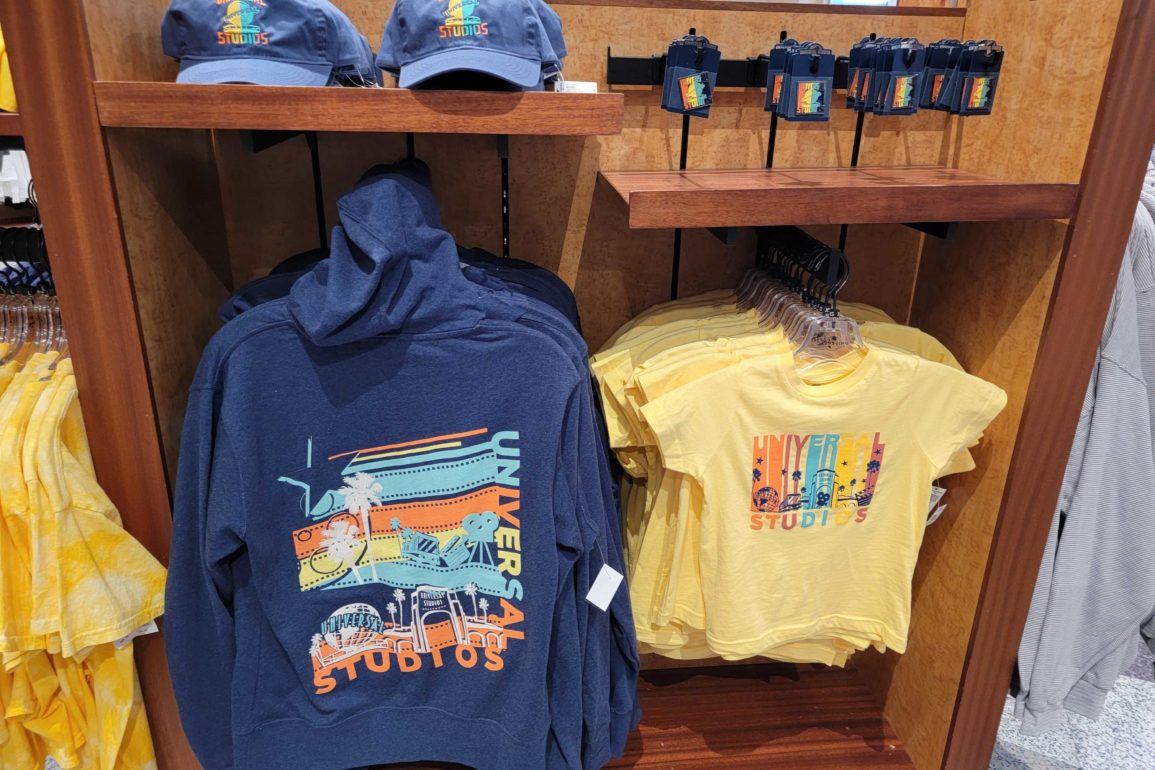 We found a pin, baseball cap, hoodie, and youth tee in the collection.

This tee is yellow with “Universal Studios” on the front in orange, red, blue, and yellow colors. The colors of “Universal” appear to bleed in stripes down to “Studios” with different park icons pictured on the stripes.

The pin has a black background, with “Universal Studios” and the Universal globe pictured in stripes of orange, yellow, teal blue, and dark blue.

The baseball cap is blue, with “Universal Studios” embroidered on the front around the silhouette of the Universal globe.

The lettering is orange, yellow, teal blue, and pink, while the globe is half yellow and half teal blue.

The hoodie is the same dark blue as the hat, with a zipper down the front and white drawstrings. There are images of the Universal’s Islands of Adventure and Universal Studios Florida icons in yellow on the left breast, surrounded by colorful stars and stripes.

A similar design is on the back but it is bigger and has more film strip stripes.

There are also film strip stripes and stars on the left sleeve.

Will you be purchasing items in this new collection? Let us know in the comments.

Next
‘Avatar’ Editor David Brenner Passes Away at 59