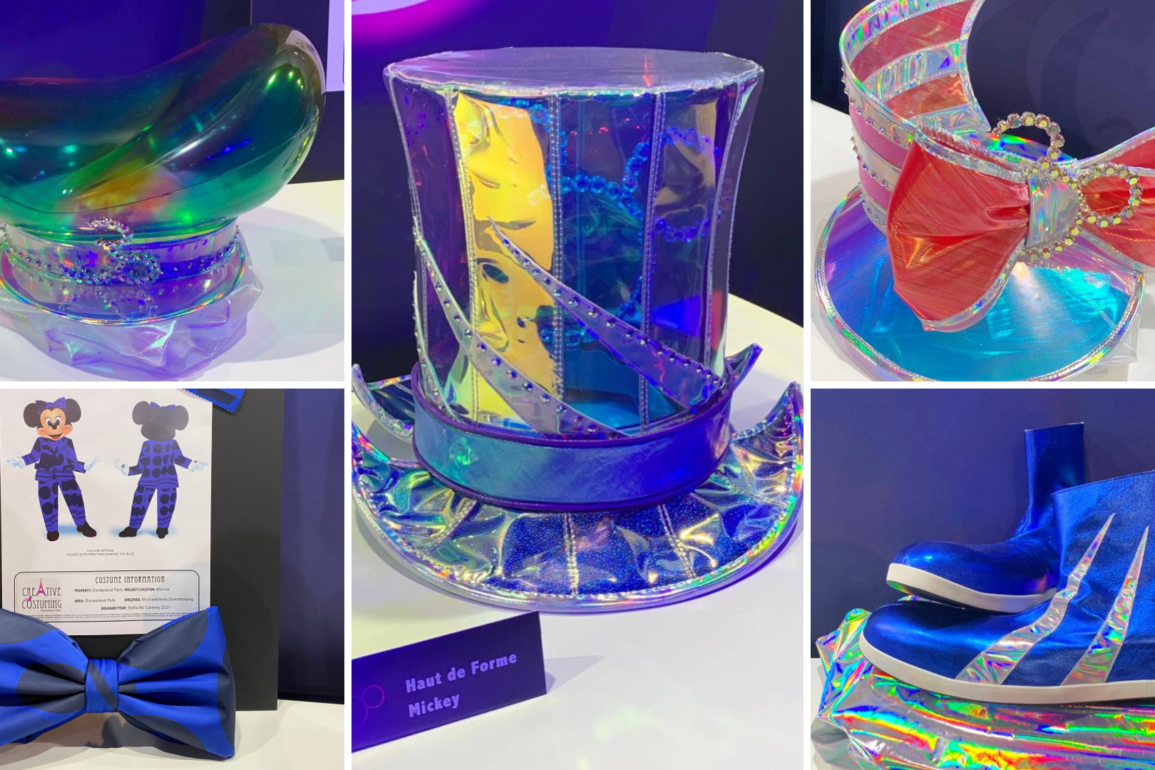 Among the reveals during a showcase today, Disneyland Paris gave a closer look at some of the accessories Disney characters will wear for the resort’s 30th anniversary. Cave0fWonders shared photos of the costume accessories on Twitter.

Chip and Dale are known as Tic and Tac in France. They will be wearing shiny bowties.

Donald’s sailor hat has a shiny upgrade with a bejeweled 30th anniversary logo.

The characters all wear brooches or other bejeweled charms with the logo. These appear to be Mickey’s cufflinks.

We got a look at Minnie’s full outfit yesterday. This is her silver belt with a jewel buckle.

Mickey will have an iridescent, translucent top hat with the 30th logo floating inside.

It has a bow topped with the 30th anniversary logo.

Daisy will also have an iridescent bow with the 30th logo.

Goofy has some funky blue and silver shoes.

Clarice is a rare and fashionable chipmunk character. She’ll be wearing some pink bracelets adorned with shiny bows.

This shiny belt has a 30th anniversary buckle.

She’ll have some stylish pink heels.

Minnie will also debut a pantsuit at Walt Disney Studios Park. This is her blue bowtie with black polka dots. The display also had swatches of fabric inspiration.