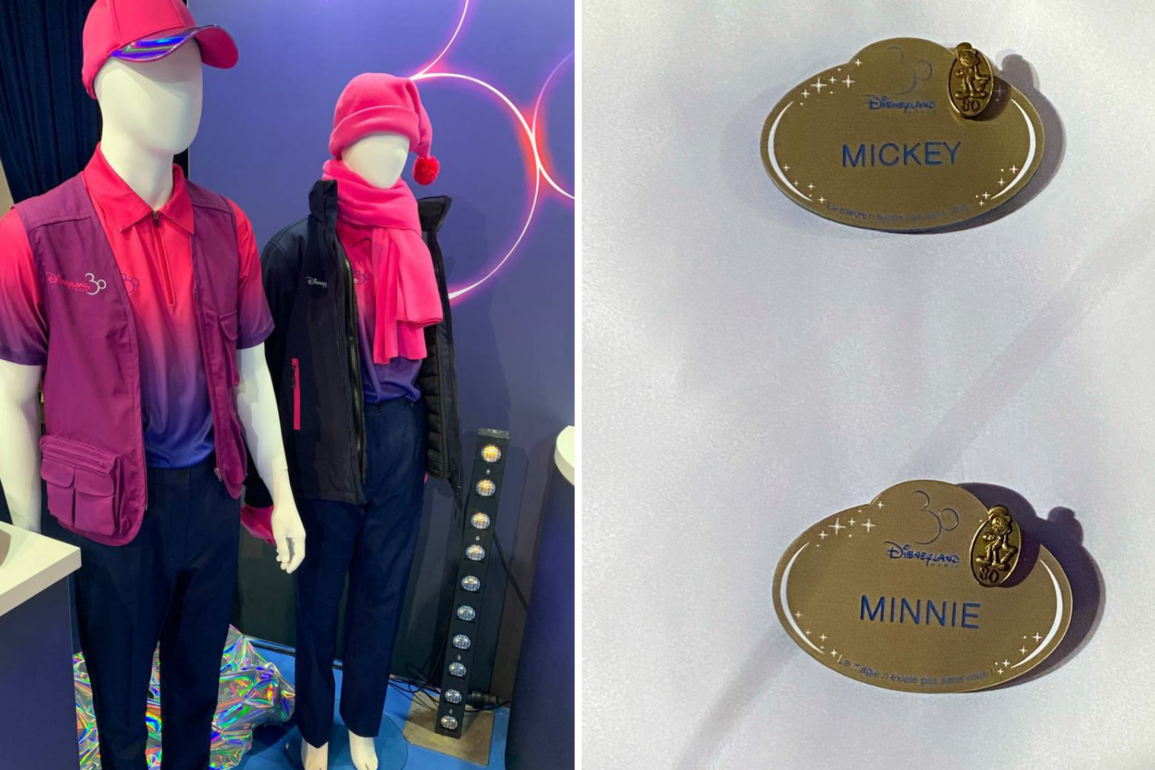 Some Cast Members at Disneyland Paris will have new and updated costumes in honor of the 30th anniversary of the park.

Cave0fWonders shared some images of the new costumes on Twitter.

The costumes include the blues, pinks, and purples associated with the anniversary celebration. In the picture above, dark blue pants are paired with ombre shirts. One mannequin wears a reddish-purple utility vest and a pink baseball cap. The other wears a black winter coat, a pink scarf, and a pink hat.

It is hard to see the colors on these mannequins under blue light, but they are wearing similar outfits to the other mannequins, with belt bags branded with the 30th anniversary logo. A board on display showed some of the options and fabric swatches from the design process.