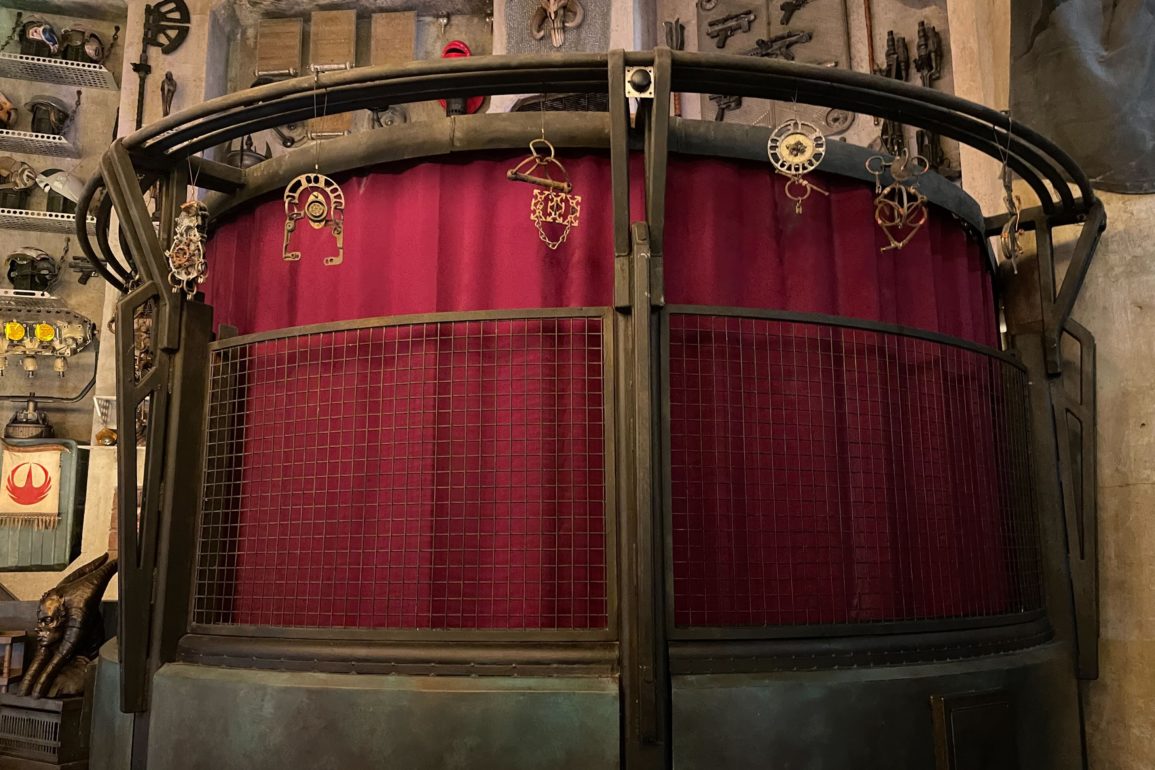 Dok-Ondar has been out of commission since at least February 3 at his Den of Antiquities in Star Wars: Galaxy’s Edge at Disney’s Hollywood Studios.

A red curtain has been hiding the animatronic for the last five days.

Cast Members say he’s “off-world” and weren’t sure when he would be back.

Here’s what Dok looks like when there isn’t a red curtain in front of him.

Though the proprietor is gone, the shop is still running as usual with plenty of lightsabers, holocrons, and other merchandise.