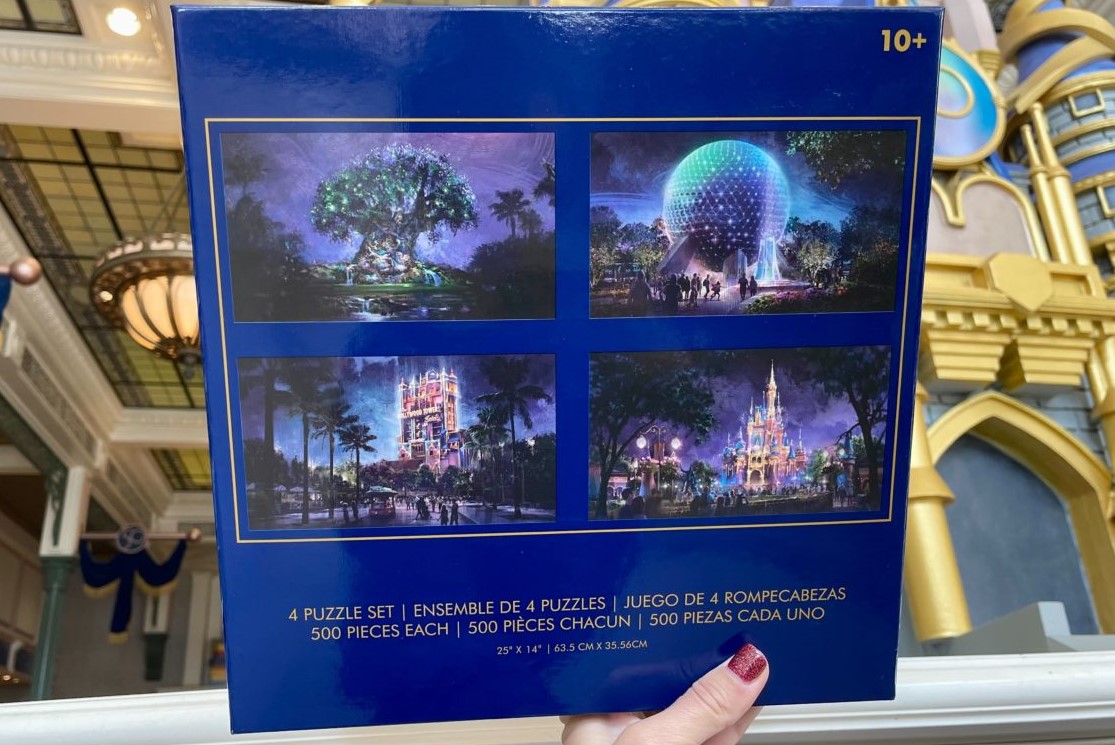 One of the brightest parts of “The World’s Most Magical Celebration” has to be the Beacons of Magic, which lights up iconic structures in each park around Walt Disney World for the resort’s 50th anniversary.

Now, guests can piece together their own magic with this set of four puzzles that show off the Beacons of Magic as they light up the night.

Each puzzle is 500 pieces, making it a fun challenge to put together.

The back shows off just how big the pieces are, meaning they shouldn’t be too hard to keep track of.

Included in the set is the Magic Kingdom’s Cinderella Castle…

…and the Tree of Life at Disney’s Animal Kingdom.

The set retails for $34.99. We found it at the Emporium at the Magic Kingdom.

Looking for more puzzles? Check out this one featuring a retro-style Magic Kingdom map!