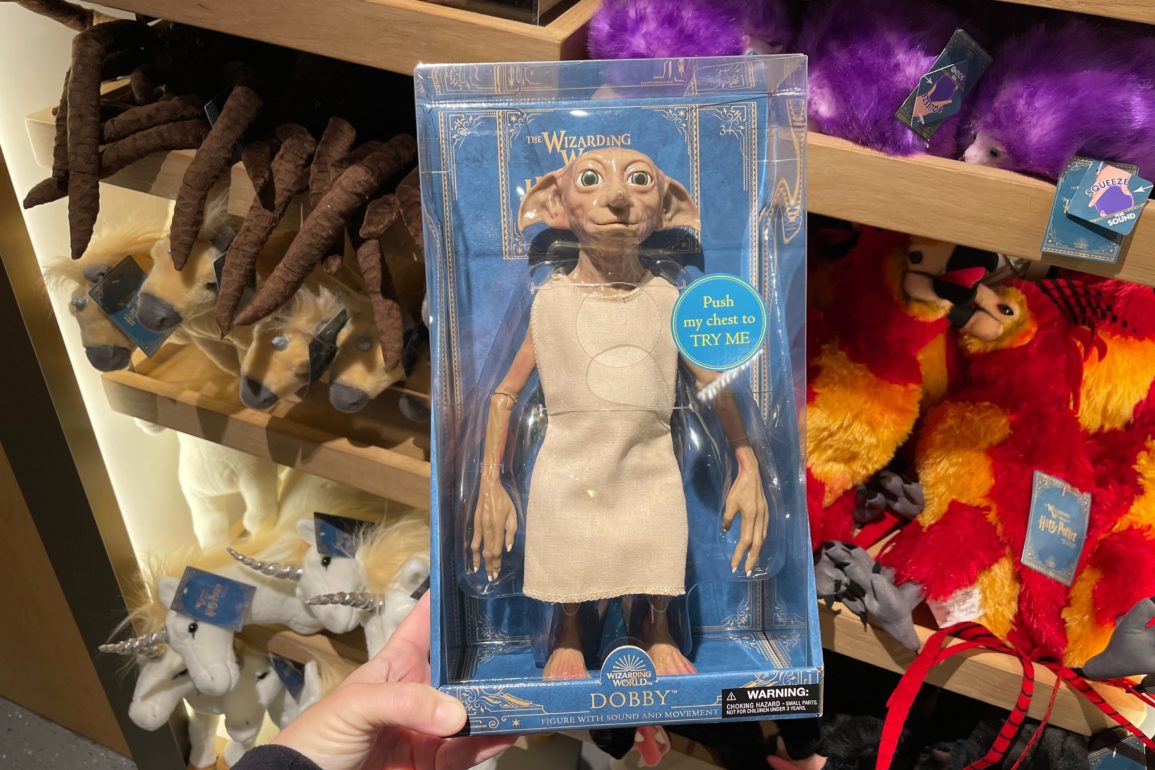 A new figure of “Harry Potter” character, Dobby, is now available at Universal Orlando Resort. We found him in the Universal Studios Store at CityWalk.

Dobby is in the same pillowcase shirt he wears in the movies.

He moves and makes sounds when you press on his chest.

He speaks four different phrases from the films.

When you press his chest, his face articulates, including opening and closing his eyes.