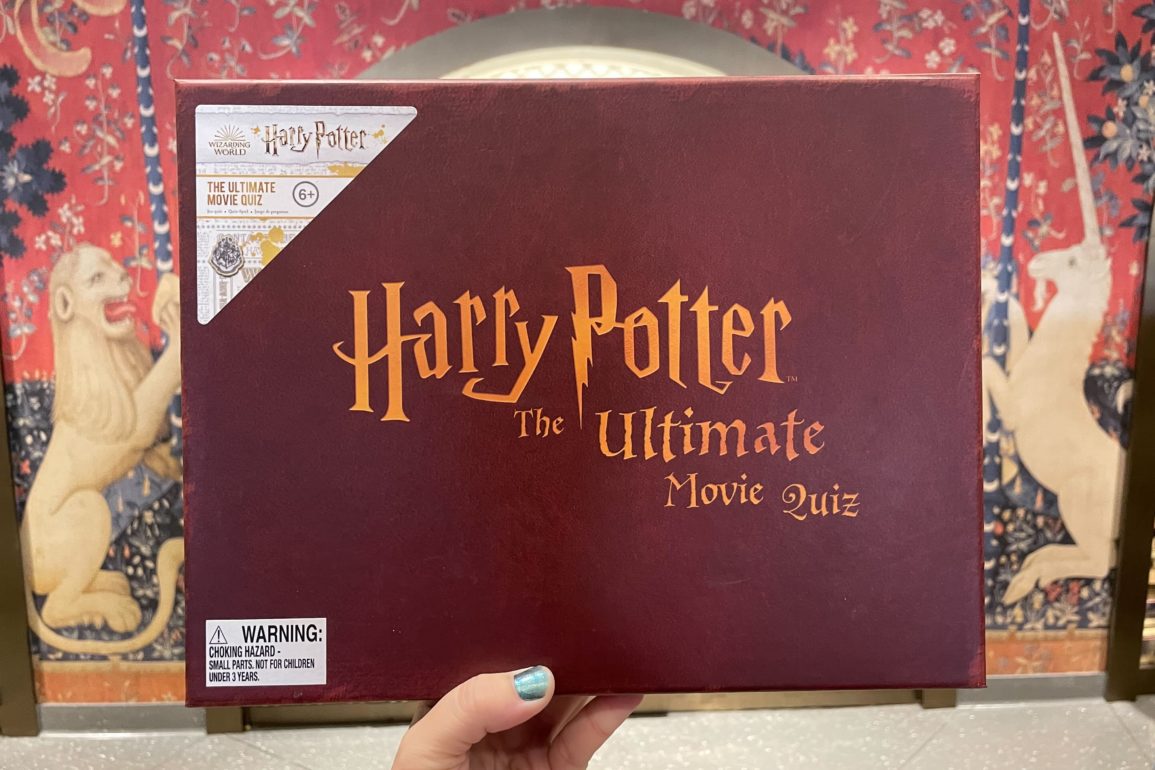 Are you the ultimate Harry Potter fan? Do you know every spell from Alohamora to Wingardium Leviosa? Well you can test your knowledge of the eight-film series with this new Harry Potter Ultimate Movie Quiz board game at Universal Orlando Resort.

We came upon this new game on a recent visit to CityWalk at Universal Orlando Resort.

The box dares you to put your Harry Potter film knowledge to the test! “The Ultimate Movie Quiz will determine who are the real Harry Potter fans!” it proclaims.

The backs of the cards feature the theatrical poster art for the corresponding films.

Players age six and up can enjoy this Harry Potter trivia game.

You can also show off your house pride with these new t-shirts and bring sweets from Honeydukes home with you as well.

Will you and your friends enjoy playing this game? Let us know in the comments.