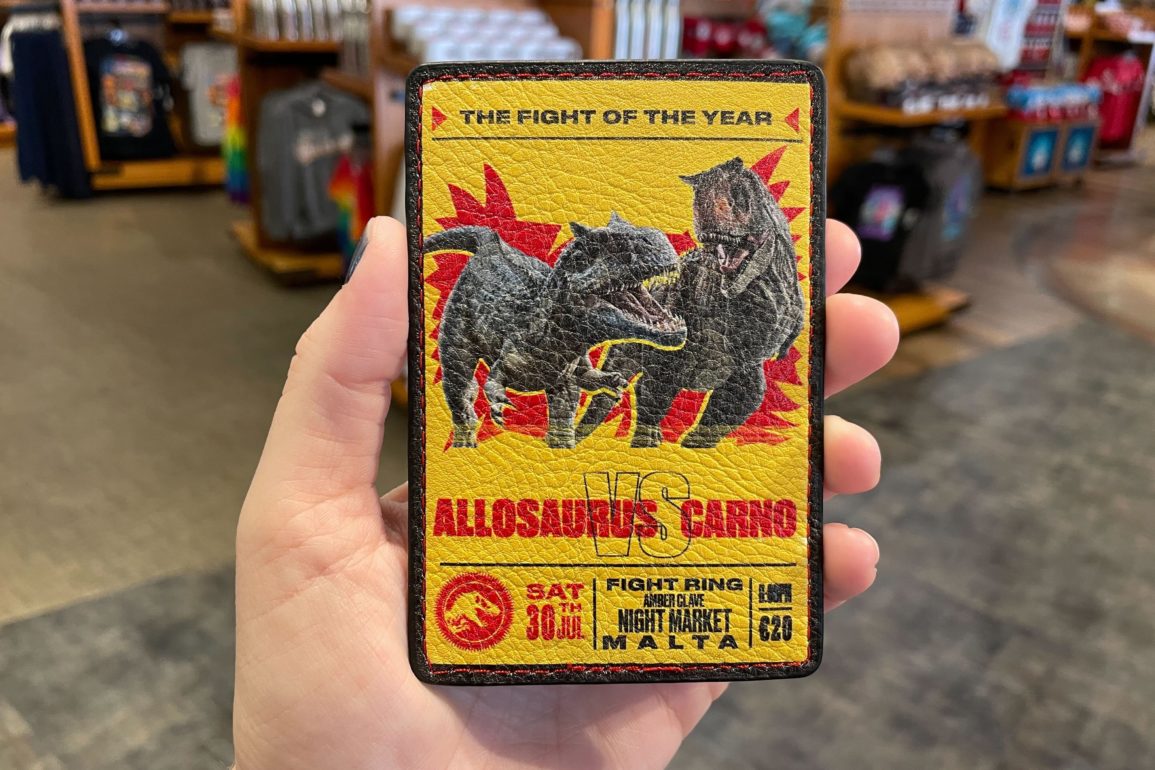 While shopping in the Universal Studios Store at CityWalk in Orlando, we found this new card holder wallet from the upcoming “Jurassic World Dominion” movie.

The cardholder looks like a promotional poster for a fictional dinosaur fight between Allosaurus and Carno.

The “poster” is yellow with red and black writing. The two dinosaurs are mostly grey. It has red stitching as a border.

The fight takes place at the “Fight Ring Amber Clave Night Market” on the island of Malta.

The hype poster proclaims it the fight of the year! Who will emerge as the victor? Guess we’ll find out when the film comes out on June 10, 2022.

The card holder wallet has three pockets for cards and a distressed (slashed) Jurassic World logo with “Universal Studios” printed underneath.

Are you getting excited about the new “Jurassic World Dominion” film? Let us know in the comments.

Next
Genie+ Can Get Confusing, But The Vacationeer Can Help Grant Your Wish