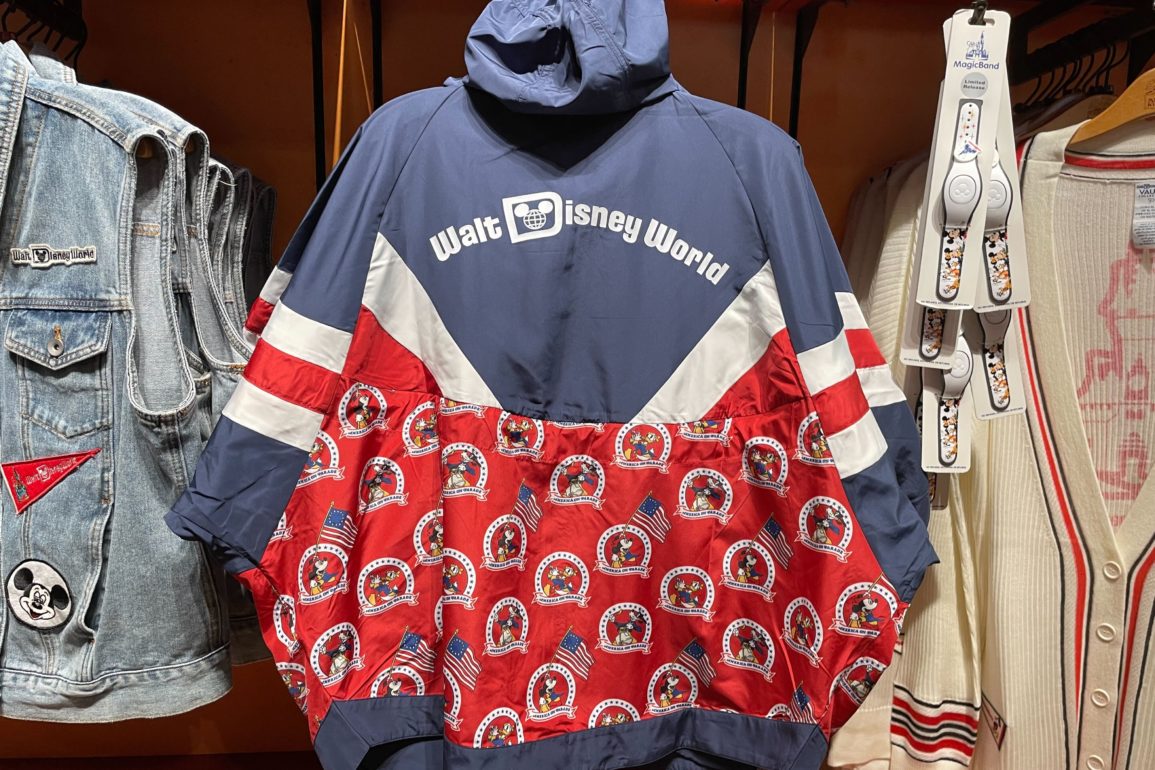 Attention, patriots one and all! A new windbreaker themed to the classic “America on Parade”, which ran from 1975 to 1976 at both Disneyland and Walt Disney World in celebration of the Bicentennial, has made its way to Disney’s Animal Kingdom!

The “America on Parade” windbreaker is part of the Vault Collection for the 50th Anniversary of Walt Disney World.

The jacket is red, white, and blue, with a white drawstring for the hood.

The upper part of the jacket is mainly navy blue, as is the hood.

The back of the jacket says “Walt Disney World” with the logo D.

A white and red stripe separates the blue from the red printed section of the jacket.

The bottom of the jacket has an all-over print of Mickey and friends participating in a parade on a red background.

You can see Goofy, Mickey, and Donald in colonial garb participating in the parade, as seen in the parade’s original logo.

The windbreaker has pockets with a snap closure.

Here you can see the print repeats throughout the red section.

The sleeves also have stripes.

The vault tag says “Happy 5th Birthday,” presumably a throwback to the fifth anniversary of the Walt Disney World Resort in 1976, which coincided with the Bicentennial.

We recently reported seeing an “America on Parade” pin at Disney’s Hollywood Studios, which you can see here. Are you excited to remember this classic parade? Let us know in the comments below!