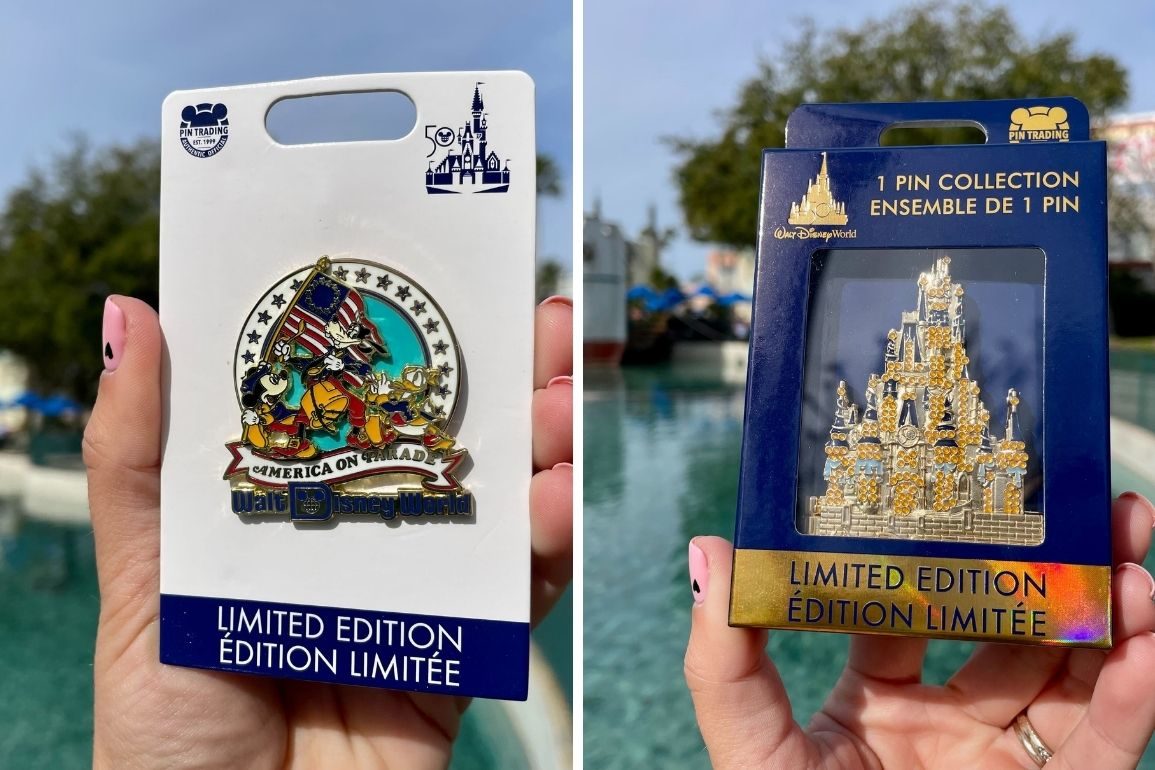 Mickey carries a Betsy Ross American flag while Donald Duck plays the flute. America on Parade was a temporary parade at the Magic Kingdom in celebration of the United States Bicentennial.

Goofy appears to be drumming a bucket with spoons, just as he did on the “Spirit of ’76” float.

Similarly to some of the other 50th anniversary pins, the limited edition Cinderella Castle pin comes in a small display box. This is another version of the Castle pin that debuted in September.

The pin depicts Cinderella Castle in Gold with yellow rhinestones.

The castle has the 50th logo, blue turrets, and light blue accents.

Inside is Cinderella undergoing her transformation as the Fairy Godmother crafts her gown. This pin is also a Limited Edition of 3,000.

Will you be adding either of these pins to your collection? Let us know in the comments.