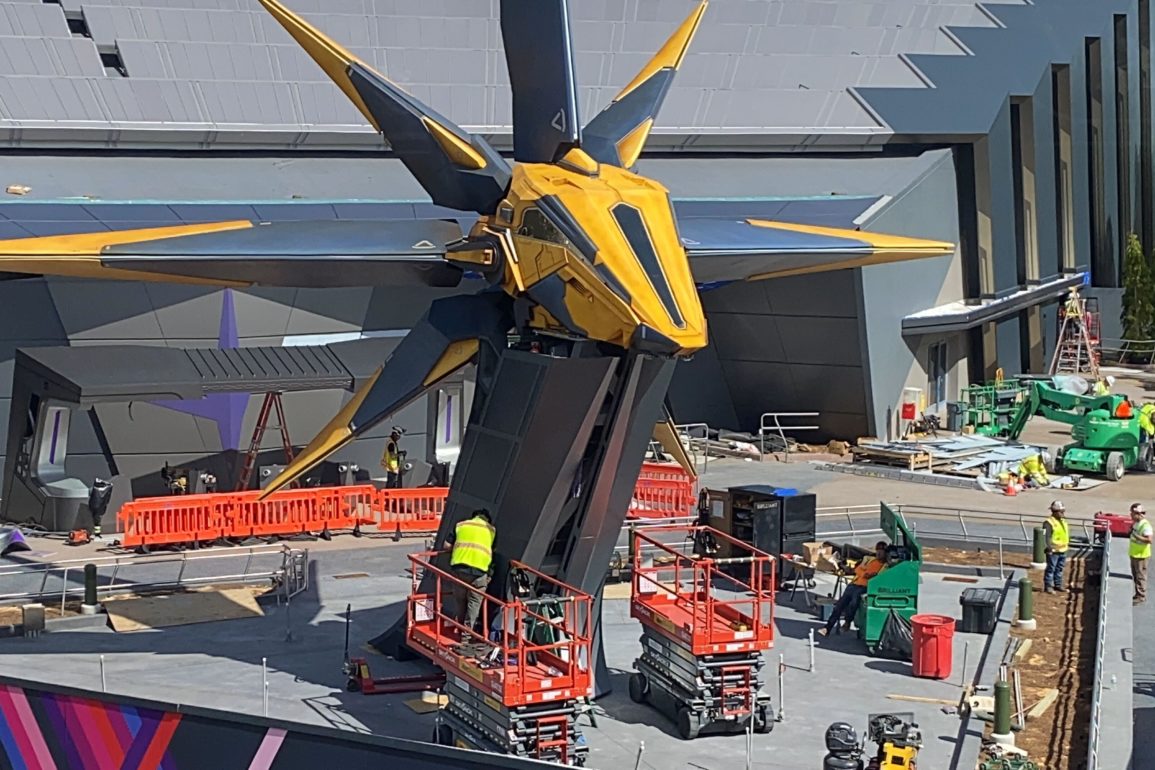 The Xandarian Nova Corps starship outside of Guardians of the Galaxy: Cosmic Rewind in EPCOT was completely installed in January. Extra details have been added to the ship and now themed elements are being added to the steel stand supporting the ship. The first themed panel was added to the stand yesterday and a second was installed this morning.

Both pieces curve outwards at the bottom.

They are gray with darker rectangles on the sides. The lighter gray appears to match the paneling on the show building’s façade.

This piece is a mirror image of the first, installed on the left side when facing the ship.

A crew member was still working on installing the new piece when we passed by on the Monorail.

A strip of space has been left empty between the two pieces under the Xandarian starship, so more themed elements will likely be installed this week. For now, the steel support stand is still visible in the center.

Two sections of the panel are hollowed out.

A black post with a green end was sticking out from beneath the ship.

A ring on the end implies something may be attached to it later.

Some fabric was also sticking out between the two panels.

The panels are off-center from the ship.

A green bar with a ring on the end was also sticking out from the other side.

Guardians of the Galaxy: Cosmic Rewind is set to open this summer, though an exact date has not been announced.

Are you excited for this new coaster? Let us know in the comments.