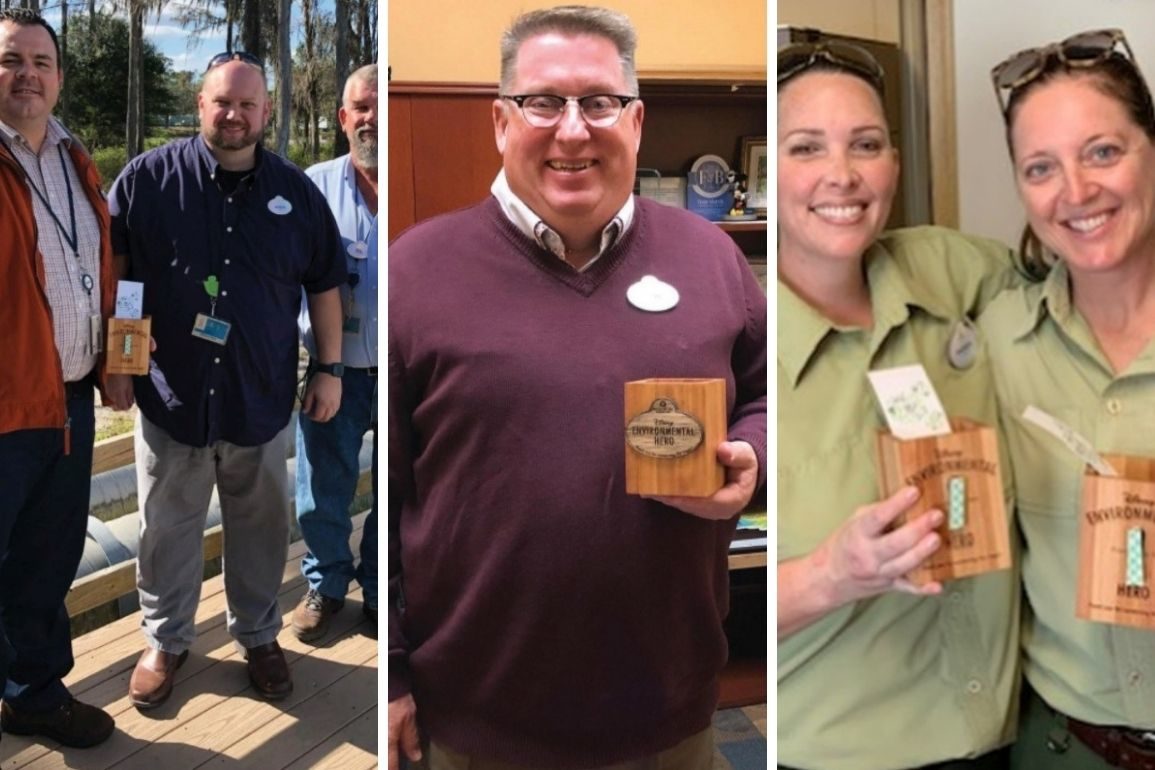 Dr. Mark Penning, Vice-President of Disney’s Animals, Science, and Environment, announced the new Cast Environmental Heroes award and showcased some of the recipients today on Instagram.

Dr. Mark noted that these are just a few of the hundreds of Cast Members recognized at Disney Parks worldwide.

The physical keepsake award is made from reclaimed wood from Disney’s Animal Kingdom Lodge. A couple of different styles of awards are given, including the one above featuring a wooden “nametag” that reads “Environmental Hero.”

This new award is in addition to other initiatives, such as Disney’s Environmentality Champions program. This award is a yearly title that rewards Cast Members who go above and beyond to promote environmentalism. Disney also awards the Recycle Right Champion Picker Award to Cast Members who promote recycling.

What do you think of Disney’s Cast Environmental Heroes award? Let us know in the comments.

Previous
RUMOR: Back to the Future & Jurassic World Escape Rooms Coming to CityWalk at Universal Orlando

Next
Second Themed Piece Added to Xandarian Starship Stand at Guardians of the Galaxy: Cosmic Rewind in EPCOT