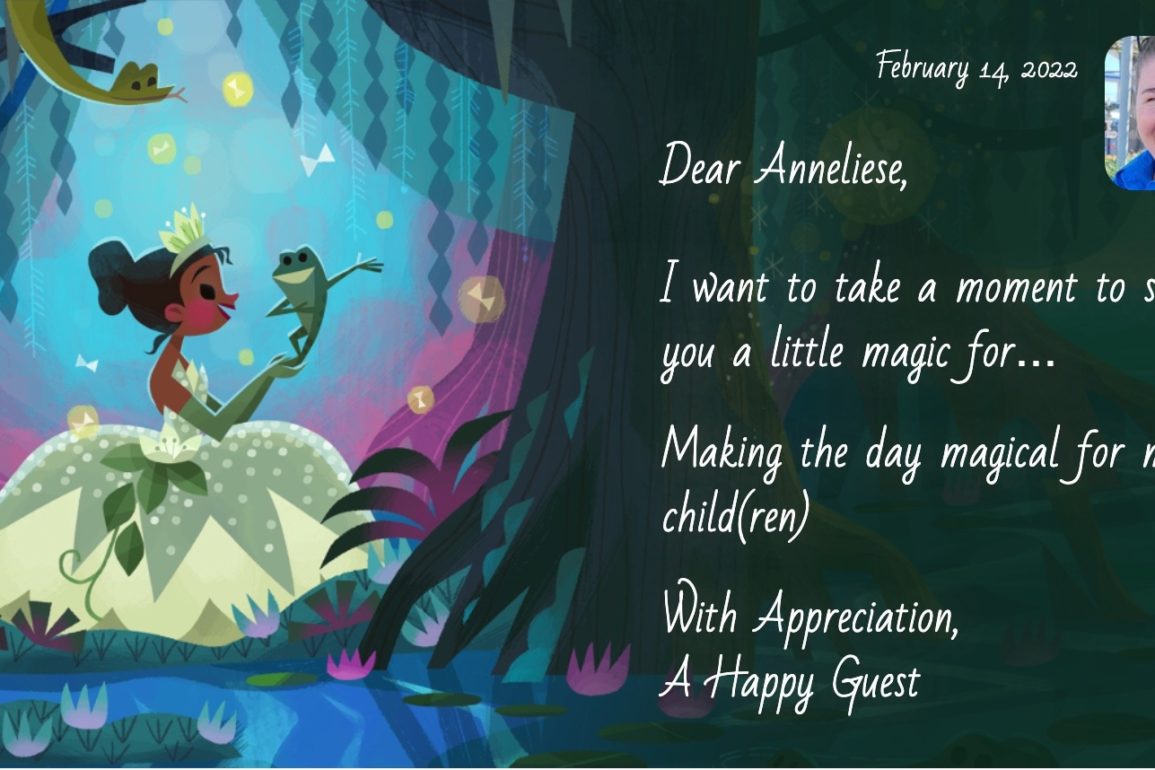 Disney launched a new mobile Cast Compliment feature in the My Disney Experience app last year for “The World’s Most Magical Celebration.” Through this feature, guests can recognize Cast Members in certain areas of Walt Disney World; however, they could not input specific Cast Member names or details. The feature has now been updated to allow for this.

Guests can find the feature by searching “Cast Compliment” in the My Disney Experience app. There are drop-down menus for what a Cast Member did and where they were located on Walt Disney World property.

Scrolling down, there are now options to input the Cast Member’s first name, their hometown, and the date of interaction.

Here’s an example of the recognition cast members will receive, based on original artwork created to support Disney’s global commitment to reimagining the patient experience in children’s hospitals.

According to Disney, the mobile Cast Compliment feature has generated more than 25,000 compliments since launching in October.

Will you utilize the mobile Cast Compliment feature now that you can show your appreciation for individual Cast Members? Let us know in the comments.