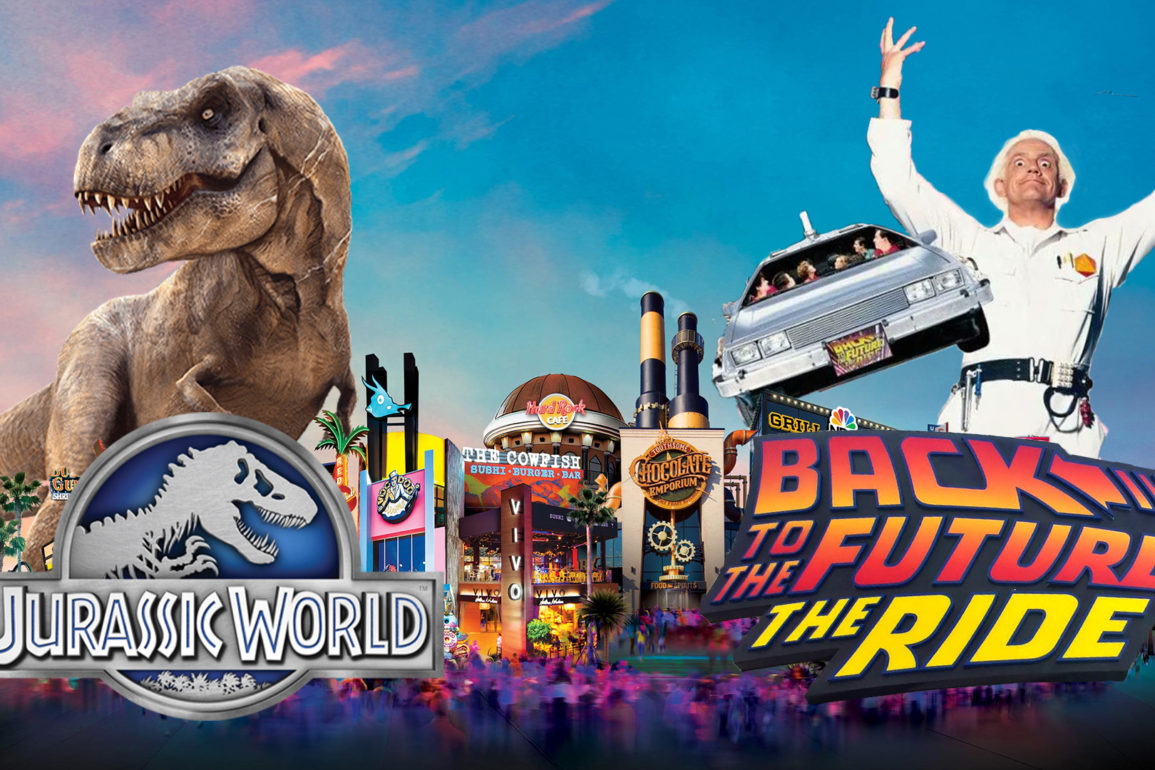 RUMOR: Back to the Future & Jurassic World Escape Rooms Coming to CityWalk at Universal Orlando

Universal Orlando Resort is reportedly looking to open Jurassic World and Back to the Future themed escape rooms at CityWalk. The escape room trend hasn’t slowed despite being around for years now and Universal seems to want to capitalize on it by utilizing some of their most popular brands.

The third and final installment of the “Jurassic World” trilogy is coming this summer and Universal has been gradually expanding the franchise’s presence in the parks. Jurassic World VelociCoaster opened last summer, and more and more merchandise hits the shelves in a seemingly neverending stream.

The escape rooms would take the now-vacant space previously occupied by The Groove on CityWalk’s second level. The site has been quiet since the walls went up and the sign was removed in early December 2021. Universal has been quietly updating CityWalk in an effort to modernize it and move more of the tenants under their ownership.

Escape rooms, attractions in which guests are “locked” in a room and must solve puzzles to escape, have been growing in popularity. This would not be Universal’s first foray into the industry. At 2016’s Halloween Horror Nights event, there was an “upcharge house” advertised as a VR experience called “The Repository.” The experience did involve VR, but only for a portion, and the rest involved escape room-style puzzles.

Would you visit Jurassic World or Back to the Future escape rooms at Universal CityWalk Orlando? Let us know what you think of this rumor in the comments.

Brendan Fraser Has Not Been Removed From Revenge of the Mummy at Universal Studios FloridaAugust 8, 2022
Painting Begins at Former Site of The Groove, Possibly for New Escape Rooms at Universal Orlando Cit...May 15, 2022
'Jurassic World: Dominion' Arriving for Purchase & Rental on Digital Platforms July 15July 12, 2022