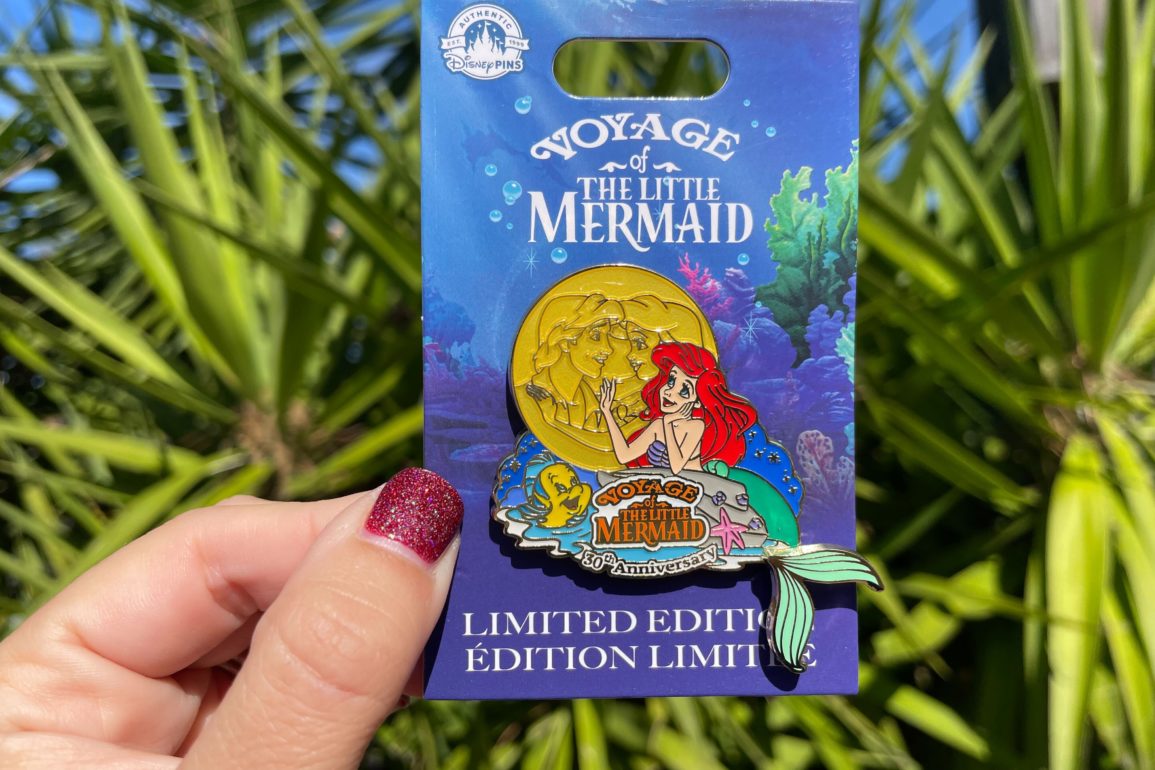 Can you believe Voyage of the Little Mermaid has been around for over 30 years? Even though it’s not currently entertaining guests, the big anniversary is still being celebrated with a new limited edition pin at Walt Disney World.

The pin has an edition size of 3,000. We found it at Frontier Trading Post in the Magic Kingdom.

The attraction itself opened on January 7, 1992, though it has remained closed since Disney’s Hollywood Studios temporarily shut down in March 2020 due to the COVID-19 pandemic. Since September, its queue has been used as a seating area, with the wait time sign removed. No announcements have been made as to when the show will return.