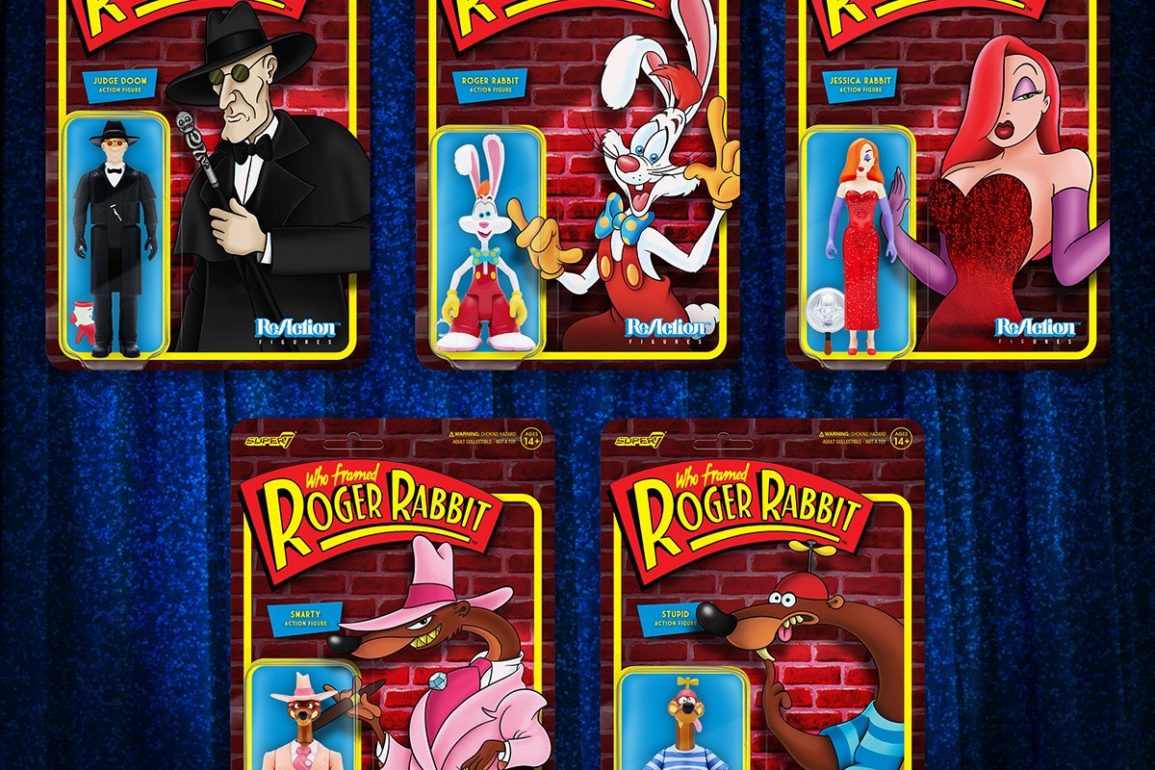 Its been nearly 34 years since Roger Rabbit first hit the silver screen way back in 1988, and if you’re still fans of the iconic and wacky Toons from the film to this day, you’ll love the new ReAction figures Super7 just revealed which will release online next week!

While pricing hasn’t been released yet, we know the set will consist of five figures.

Featured in the collection are of course Roger Rabbit, Jessica Rabbit, and Judge Doom.

Also part of the set are Smarty and Stupid, Judge Doom’s weasel henchmen.

All five of these ReAction figures go on sale on Super7’s website starting Tuesday, February 8, 2022. And if you’re feeling nostalgic for “Who Framed Roger Rabbit”, you can check out the film on Disney+ and the kooky ride based on the film here.

Next
PHOTOS: Inside Out Emotional Whirlwind Closes for Scheduled Refurbishment at Disney California Adventure